Some 450 kilometres from Oslo, located in western Norway, Stavanger. This town already hosts the NATO Joint Warfare Centre and is one of the most important hubs for regular helicopter operations to and from offshore oil platforms. The NCCH is located close to Stavanger Airport, which already hosts various helicopter operators, the location a deliberate choice of its main customer, NLA. The facility is scheduled to be ready for training now.

The main component of the event consisted of the official launch of a new simulator, the flagship element of the NCCH. At the moment, it offers all features of the H145 light 4t-class twin-engine helicopter, but will also soon (officials confirmed early 2019) be augmented with H135 features. It will also be equipped with the HELIONIX Step 2 aviation suite with 4-axis autopilot and increased situational awareness. So far, HELIONIX is available on the H175 and H145, to which the H160 is due to be added shortly. The H135 with HELIONIX received its initial certification from the European Aviation Safety Agency in November 2016 and the US Federal Aviation Administration in February 2018.

The NCCH’s H145 simulator is based on a roll-on/roll-off (RoRo) concept, which provides the option of using two or more cockpits within one simulator structure – an excellent feature for an asset estimated to cost €12 million. According to the manufacturer, a cockpit can be changed in less than two hours, so NCCH looks set to be even more flexible in the future, with optional additional helicopter types in prospect. During the design phase, Reiser took a real helicopter, instrumented it and then flew it in order to collect all physical and mathematical data in all areas of flight behaviour, which was later incorporated into the simulator.

The NCCH simulator was manufactured and delivered by Reiser Simulation and Training GmbH, with important subcontractors including Moog for the motion system and Norxe for the projectors. The company underscored that the Full-Flight Simulator (FFS) installed at NCCH was qualified as CS-FSTD(H) EASA FFS Level D in August this year. It is characterised by a full six-degrees-of-freedom electric motion and vibration system and a 240° horizontal by 80° vertical field of view display system. The moving imagery is projected by using dual-channel high-definition LED video projectors.

Apart from that, the NCCH offers customised and mission-oriented flight training in a classroom environment. The Avionics Desktop Trainer (ADT) replicates avionics and aircraft systems, which gives pilots and flight personnel the opportunity to hone their skills in realistic yet cost-efficient conditions, in both normal and emergency situations. During the event, the high fidelity of flight dynamics, engine and Automatic Flight Control System (AFCS) modes were also underscored, including VOR, NDB, ILS, RNAV and GPS approaches. 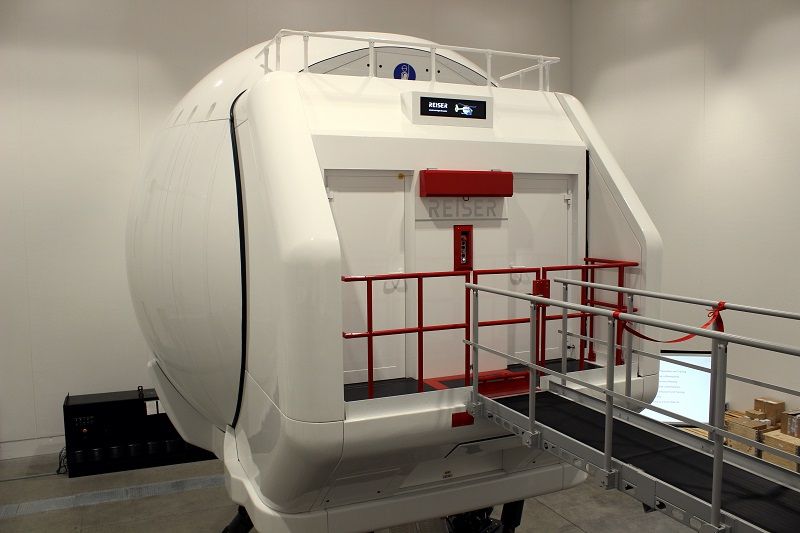