The missile was shown as part of a report on an exercise in which conscripts from the PLA’s September 2020 draft were assigned the role of instructor to the newest recruits within the army. They were shown assembling the HJ-12, which consists of a launch tube with missile and a control unit. A launch tube had previously been observed in the official outlets of the Tibet Military Command, however this latest showing provides a firmer indication that the ATGM is in service.

The HJ-12 is designed to provide the PLA with a replacement for the HJ-73 family, which was derived from the Soviet 9M14 MALYUTKA missile. It introduces a fire-and-forget capability, using an IR seeker and has a range of 2,000m, according to media reports, increasing to 4,000m using the TV seeker and manual guidance. The HJ-73 and its derivatives require the operator to manually guide the missile onto its target, potentially exposing them to return fire. 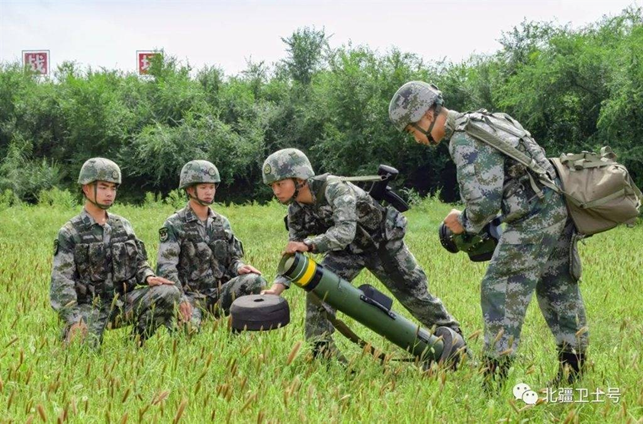 The public release of the photo stands as official confirmation the HJ-12 is actually in PLA service. (Photo via 78th Group Army Wechat account)