Rheinmetall BAE Systems Ltd (RBSL) is to upgrade 148 main battle tanks to what has been dubbed the CHALLENGER 3 standard for the British army, the company announced on 7 May. The contract value was announced by the MoD as £800 million (€920 million).

The end result will be a network-enabled, digital MBT with significantly enhanced lethality and survivability, and world-class surveillance and target acquisition capabilities. The programme, which will create and sustain 650 jobs at RBSL and within the UK supply chain, will commence this year, with an expected in-service date of late 2027, though the MoD announcement indicated full operating capability will not be achieved until 2030. The contract has also prompted a £20 million inward investment in the company’s Telford facility.

Lethality improvements will centre on the L55A1 120mm high pressure gun and its modern range of kinetic energy and programmable multipurpose ammunition. First-round hit capability and the latest fire support technologies will also be incorporated. A new turret structure and improved survivability systems will provide greatly enhanced crew protection and long-range primary sights for both commander and gunner will be improved with automated target detection and acquisition. An upgraded engine and new suspension will also enhance the platform’s agility. Significant growth potential is assured in all the vehicle’s key capability areas with new physical, electrical and electronic architectures. 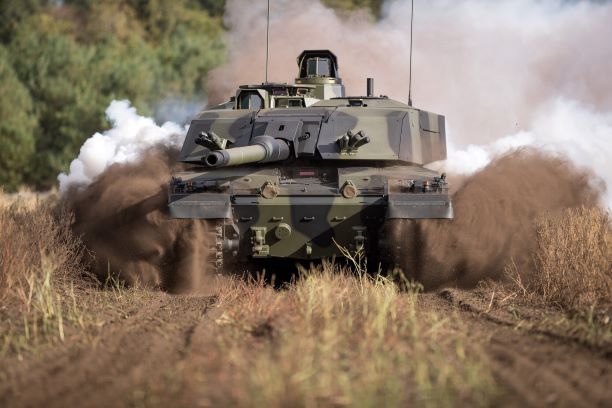 Significant development work has already gone into making the CHALLENGER 3 upgrade the most effective possible solution for the British Army. (Photos: Rheinmetall)