Raytheon‘s Intelligence and Space division and Kord, a subsidiary of KBR, have completed a series of live-firing exercises at the White Sands missile range during which a high-energy laser (HEL) was deployed to defeat 60mm mortar rounds.

The 50kW laser was fitted to a Stryker vehicle. It forms part of the US Army’s Directed Energy Maneuver-Short Range Air Defense (DE M-SHORAD) system, and, during the exercise, “acquired, tracked, targeted and defeated multiple mortars and successfully accomplished multiple tests simulating real-world scenarios,” according to a statement released by Raytheon. The trials also included successful use of the system against small, medium and large unmanned aircraft.

“Soldiers in the field face increasingly complex threats, and our combat-proven sensors, software, and lasers are ready to give them a new level of protection,” Annabel Flores, President of Raytheon I&S’s Electronic Warfare Systems business, said. “The Army gave us our toughest challenge yet — countering rockets, artillery and mortars — and we took an essential step on the path to providing the maneuverable, short range air defense soldiers need.”

“This team once again showed that the HEL system is fully integrated and ready to provide protection against complex threats,” Byron Bright, President of KBR Government Solutions, commented. “With an effectively infinite magazine and near-zero cost per shot, HEL is now the proven answer to asymmetric threats like drones and mortars.” 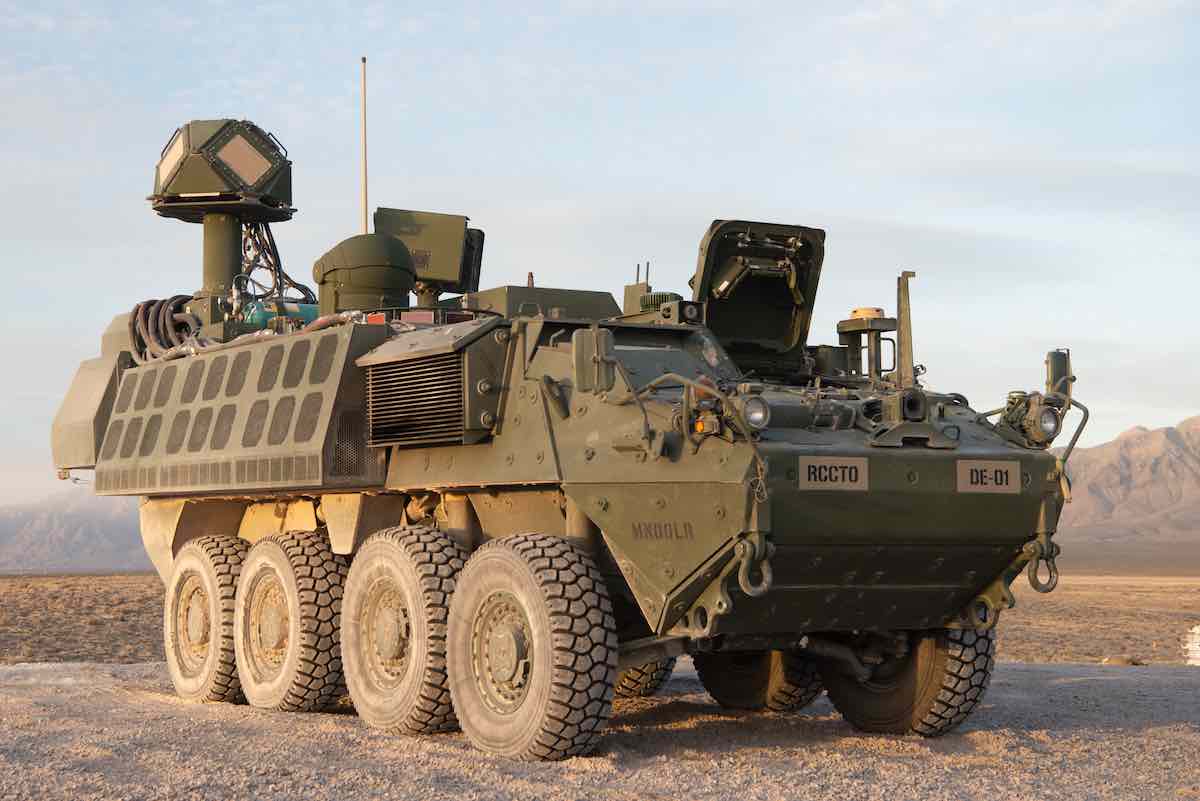 A Stryker vehicle fitted with the HEL system and associated sensors. (Raytheon)