The Royal Australian Navy (RAN) has awarded Schiebel a three-year extension to the sustainment contract it currently has for the CAMCOPTER S-100, the company announced on 26 July. The extension allows the service to continue to experiment with the S-100.

The original acquisition contract in 2016 has been built upon so that it now includes field support services, engineering and logistics elements, as well as the creation of a sovereign Australian CAMCOPTER S-100 training capability delivered by Schiebel Pacific Pty Ltd. “For Schiebel Pacific, the contract extension secures existing Australian jobs and will create further positions for Australian [UAS] experts,” commented Hans Georg Schiebel, Chairman of the Schiebel Group.

The CAMCOPTER S-100 holds an impressive track record of supporting naval customers, with missions successfully completed on over 40 different ships on all the world’s oceans, in every environment from the tropics to the Arctic. 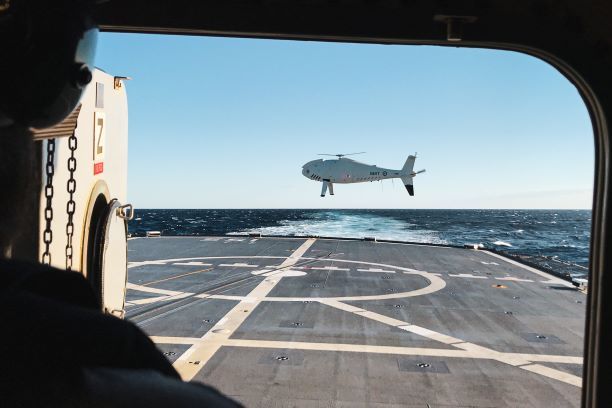 A CAMCOPTER S-100 in its RAN operating environment. (Photo: Schiebel)