SPIKE NLOS is a 5th-generation, 32km-range missile, with precision navigation and highly lethal warhead, capable of destroying a wide range of targets. The SPIKE family of multi-mission, precision, electro-optical missiles is in service with 37 customers worldwide.

The demonstration, hosted by the Estonian Navy, was witnessed by representatives from 14 countries, including NATO nations, and senior members of Estonia’s defense ministry and members of the Estonian Armed Forces. It consisted of live firing of two SPIKE NLOS launched at two separate beyond-line-of-sight (BLOS) naval targets, both of which were destroyed. The demonstration highlighted the missile’s unique capabilities, addressing modern coastal protection challenges and a broad range of targets, at sea, in dense marine traffic or on land.

SPIKE NLOS enables positive visual target identification and precision strike at extended ranges and BLOS against marine or land-based targets. It has a bi-directional datalink, enabling full missile control from launch up to impact, with pinpoint precision unaffected by range. Unlike laser-guided or active radar munitions, the SPIKE NLOS electro-optical guidance is completely passive and is capable of operation in GPS-denied environments.

John Lazar, VP/GM of International Programs at Oshkosh Defense, pointed out “The JLTV is more than a light tactical vehicle; it offers the ability to integrate a full spectrum of mission packages, including sensing, communications, fires, passive and active protection and more. This live fire demonstration further proves the modularity and multi-mission capability of the JLTV platform.” 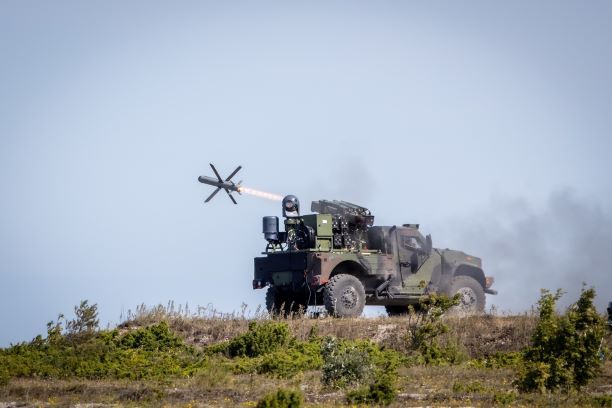