A Royal Air Force TYPHOON has shot down a drone over Syria, the UK’s defence ministry has announced.

The incident took place on 14 December near the coalition base at At Tanf. An adversary drone was detected above the base and was determined to pose a threat to coalition forces. A pair of TYPHOONs were on a routine patrol in the area and were tasked to investigate. One of the aircraft deployed an ASRAAM and shot down the drone.

“This strike is an impressive demonstration of the RAF’s ability to take out hostile targets in the air which pose a threat to our forces,” said Defence Secretary Ben Wallace. “We continue to do everything we can alongside our Coalition partners to stamp out the terrorist threat and protect our personnel and our partners.”

The interception marks the first time a British pilot has shot down an adversary aircraft since the Falklands War in 1982, and the first time an RAF pilot has done so since SPITFIREs of 208 Sqn shot down two Egyptian SPITFIREs – which had attacked the RAF’s base at Ramat in error, thinking it had been taken over by Israelis – during the Arab-Israel conflict of 1948.

The UK’s inventory of the heat-seeking, visual range ASRAAM weapons – designated AIM-132 by the US – is manufactured by MBDA. In 2015, the company received a contract from the MoD to sustain the ASRAAM capability, covering supply of new missiles to refresh existing inventory. The contract was valued at £300 million (€353 million). Unit prices are not disclosed but estimates suggest each one costs over £200,000. No detailed information has been released about the aircraft shot down, but Daesh forces have been known to use aircraft similar to the DJI PHANTOM, a consumer drone widely available in the west for around €1,750.

The asymmetry in resource costs is not unprecedented, however: in 2017, an American general told a symposium, without giving details, that he was aware of one user of the PATRIOT missile system that had shot down a drone using one of the $3million weapons. 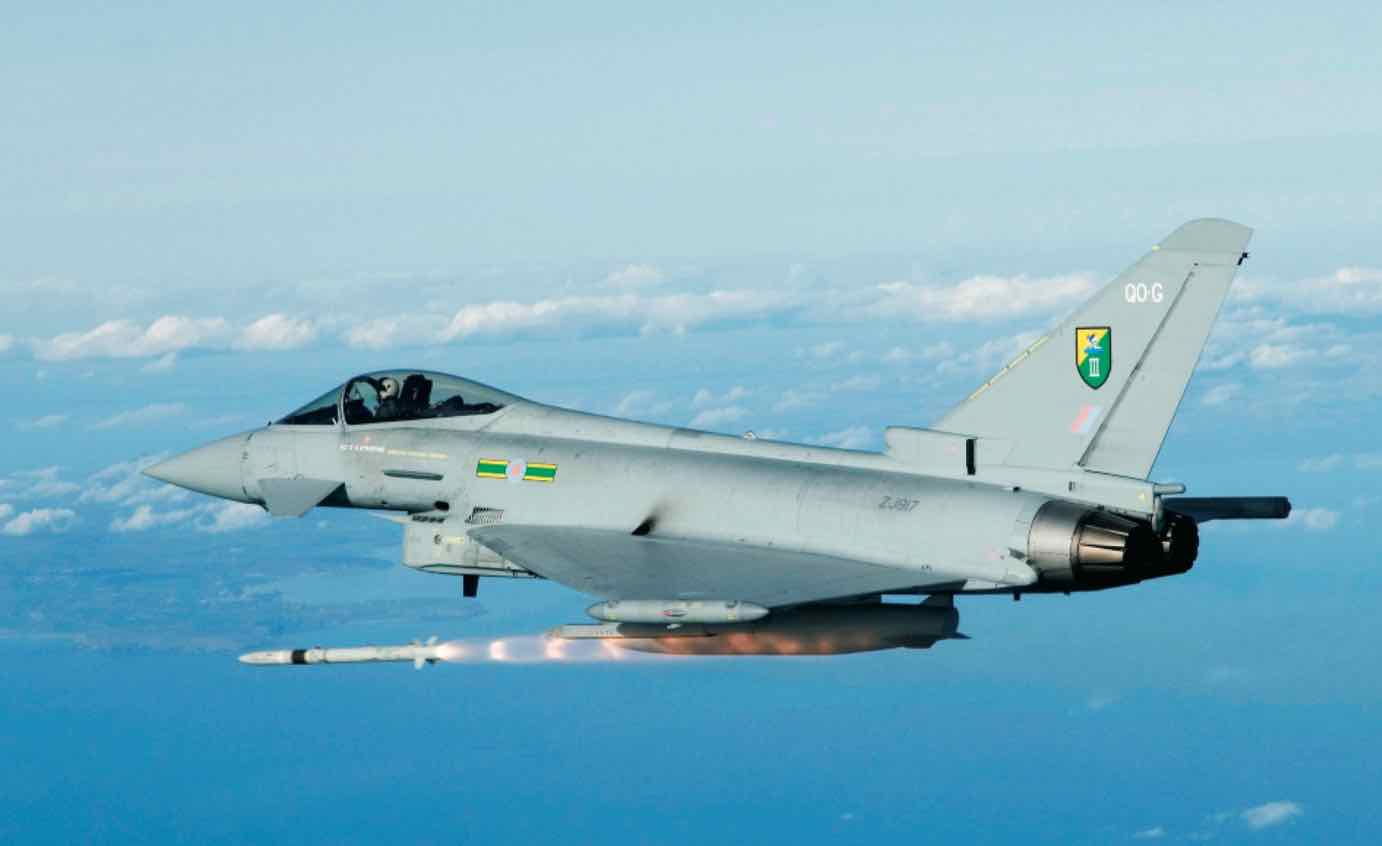 An ASRAAM being fired from an RAF TYPHOON. (Photo: MBDA)