The chief of the Royal Australian Air Force (RAAF) has confirmed that the flying hours of the service’s F-35A fleet are being reduced, but denied media reports claiming this is related to the availability of the aircraft.

“I reject criticisms made in The Australian article ‘Defence revises down planned availability of the F-35A jet fleet’”, wrote Chief of Air Force Air Marshal Mel Hupfeld, pointing out that the RAAF has revised the expected flying hours based “on our maturing understanding of the F-35A capability requirements and our expected build-up of the capability”.

“Forward estimate flying hours are based on training and capability requirements, not availability”, wrote the air marshal in a 15 February statement, adding, “To use the basic singular metric of flying hours, to suggest that the F-35A is not satisfying its operational and training requirements, is misleading and simply false”.

He added the Joint Strike Fighter programme has met all its tasking commitments, such as exercises, verification and validation activities and training requirements, with the RAAF flying more than 15,000 hours in the type. He also noted that the project is not only on budget but also on schedule, and achieved the key initial operational capability milestone of one operational F-35A squadron and training unit by December 2020. In 2021, the programme stood up a second operational squadron, while the third is set to be established in 2022. 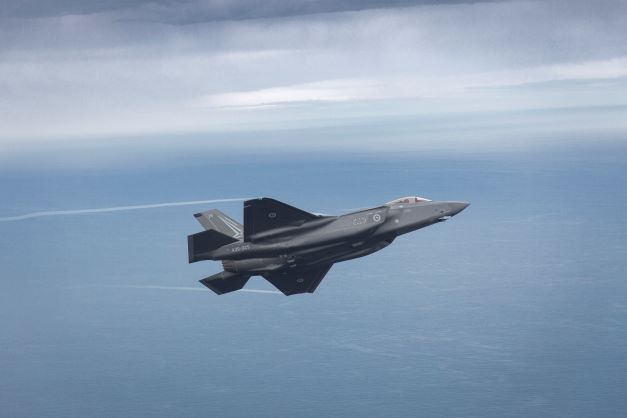 An Australian F-35A from RAAF Base Williamtown flying off the coast of Newcastle in November 2020. (Australian DoD)