German Military Aviation in the Spotlight

According to German Air Force (Luftwaffe – LW) Chief of Staff, Lt Gen Ingo Gerhartz, the LW is in dire straits and in urgent need of funding to modernise its weaponry and systems. “The LW is at a low point,” he told an audience of 200 industry executives, military officers and lawmakers in Berlin in late June 2018. He also urged lawmakers to back a more sustainable spending plan, one that would allow the service to rebuild equipment and improve planning for new weapons and upgrades to existing systems, as well as to secure the ever-critical manpower to run the service and to raise low readiness rates.

These same lawmakers, however, are in the middle of a somewhat deeper reshuffle themselves. We have just witnessed something of a beauty parade by the three candidates to replace Angela Merkel after 18 years as head of the Christian Democrats (CDU) and – as is often the case in Germany in the run up to elections – the German Armed Forces (BW) has suddenly become a ‘problem child’ once more – in particular its most expensive component, the LW – producing telegenic ‘worry lines.’

Take candidate Friedrich Merz, for example: “There must be no doubt regarding our commitment to security and pertinent European policy – most especially regarding Germany’s internal and external security. But my impression is – the BW is not in good shape. In the light of its all-too-often inadequate equipment, it feels let down and abandoned. The CDU was always ‘the BW party:’ that has somehow been lost!”

Reading between these lines – music to the uniformed ear though they may be – the chances that current German Defence Minister Ursula von der Leyen might retain her job would seem to have depended on Annegret Kramp-Karrenbauer (known colloquially as AKK) succeeding Chancellor Merkel as party leader as, indeed, she did. Were Mr Merz or Jens Spahn to have won that contest (the latter agitating for faster decision-making regarding participation in international missions – which today means air power), then many saw her days as being numbered.

Even AKK, however, also stated during the leadership contest: “Occasional budget surpluses should also be invested in the Bundeswehr. We can only spend each Euro once, but to strengthen and improve the Bundeswehr is an important issue for the CDU…”

The change in leadership of what is Germany’s largest single party – even though its influence is falling in the polls – is too recent to remind the candidates of their soulful words or woeful expressions. Have no doubt, however – the new head of the party, her management team and, indeed, the Ministry of Defence, will need to busy themselves finding remedies for the Luftwaffe’s serious defects and deficits in equipment and readiness.

On his initial tour of bases and installations, Gen Gerhartz discovered, “…there are significant gaps in equipment and personnel. Aircraft are grounded due to a lack of spare parts, or they are not even on site since they are off for maintenance by industry. A 400-hour inspection of a Eurofighter took a total of 14 months, twice as long as planned. This is unacceptable…”

A 2018 Ministry report showed an average of only 39 (of 128) Eurofighter TYPHOON jets available for training and combat use. Such sobering numbers, however, have not appeared overnight. Back in 2015 – the LW was just joining the anti-IS coalition strikes with reconnaissance versions of the Panavia TORNADO – another report highlighted that less than half of its arsenal of TORNADOs was actually ready for deployment at any one time. Out of 93 aircraft, 66 were operational in general terms and only 29 were combat-ready – compared with the stated goal of having around 70 % of its planes at combat readiness.

An increasing lack of spare parts is stated as the principal reason the TORNADOs were in such a sad state of readiness. It should be pointed out that it is these very aircraft – in an Armageddon scenario – that the LW would use as delivery platforms for the 20 or so US B61 tactical nuclear weapons still stored at Büchel AFB. This consideration will, to some extent, shape the decision regarding a TORNADO successor. As it looks right now, a TYPHOON wired for US nuclear hardware is achievable – but certainly years away.

Similar sobering operational statistics had to be reported for half of the (then) eight Airbus A400M transports, two out of seven Airbus Helicopter TIGER helicopters or for four out of seven NHIndustries (wholly owned by Airbus, Leonardo Helicopters and Fokker Aerostructures) NH90 helicopters.

Some problems are undoubtedly overblown in the overwhelmingly left-wing and pacifist German media. When “Der Spiegel” reported that only four TYPHOONs were ready for combat, or that only 10 out of 128 did not suffer from a defect in their defence systems, the reason was quickly explained – a coolant leak in the electronic warfare sensors used to recognise hostile radars or incoming missile attacks. Without the EURODASS system, the jets are not combat ready – but they remain operational and nothing has been squandered or broken – and there is no design fault.

The LW is not the only leading air arm to suffer problems in maintaining systems. The incomparably larger USAF also frequently complains of the difficulties it has maintaining its 186 F-22A RAPTORs – on average over 10 years old – due to organisational obstacles and lack of spares. Today the RAPTOR – easily the most capable fighter currently available – boasts an availability rate of just 49%: the numbers for USAF F-16Cs are 70%, the F-35 54% and US Navy F-18s come in at 30-40%.

Another issue the service has had to swallow was how its commander was changed, shortly before it hosted the world’s military aviation leadership at ILA in Berlin in April. It is widely believed that Lt Gen Karl Müllner was dismissed because he refused to stop arguing that his service needed the F-35 to replace its ageing TORNADO fleet from 2025. Not only did he consider the F-35’s stealthy strike capability as, “the benchmark for the selection process for the replacement,” he also expressed, “what the air force’s favourite is.”

Despite the fact that the MoD and politicians are known to favour a TYPHOON follow-on as the TORNADO replacement (and that 34 new ‘bridging gap’ TYPHOONs are now planned as replacements for Tranche 1 aircraft), Mr Müllner was absolutely right – that the planned Franco-German 6th generation FCAS project offers no help at all for the Luftwaffe’s current shortfall.

LW units and their key personnel are no doubt professional enough. At Ämari Air Base in Estonia recently, MT witnessed how – despite shortcomings at home – combat missions are obviously perfectly handled, with assets and crews seamlessly integrated into something bigger – something ‘Allied.’

Assuming responsibility for the Augmented Baltic Air Policing role in early September, five T3-Eurofighters and seven JG74 pilots under Lt Col S Richter have subsequently been ‘scrambled’ on Quick Reaction Alert (QRA) on over 20 occasions, responding to incursions by Russian military aircraft – including Su-35s and Tu-160s – often flying without transponder or radio emitting. The German detachment remains in Estonia till April 2019, with JG71 tasking on the role at the time of writing. To date, daily availability rates have been well above 90%.

The Struggle for Anticipated Funding

Besides struggling with bureaucratic issues, Gen Gerhartz has also said that the LW needs not only larger, but far more predictable budgets. Under the final fiscal plans of the grand coalition of the CDU and the left of centre Social Democrats, however, Finance Minister Olaf Scholz has been resisting moves to accelerate increases in German military spending. This has not stopped Chancellor Merkel forecasting a steady increase in coming years, in line with Berlin’s rather indifferent pledge to, “move towards,” the NATO target of spending 2 % of GNP – by 2024!

The figure for 2019 stands at 1.3 %. And, as long as the basic conditions mentioned are not considerably altered – in line with the ‘meaningful’ words uttered during the CDU succession race – the Luftwaffe’s path will remain a stony and unedifying one: for soldiers and airmen, but also for politicians and taxpayers. The service will remain fodder for the ravening media – for as long as nothing happens…

Georg Mader is a regular correspondent for MT, and has reported from various manufacturers, from air arms and exercises worldwide, and from frontlines in the Balkans, Iraq, Iran, and Afghanistan. Heavily Edited by MONCh Editorial Staff. 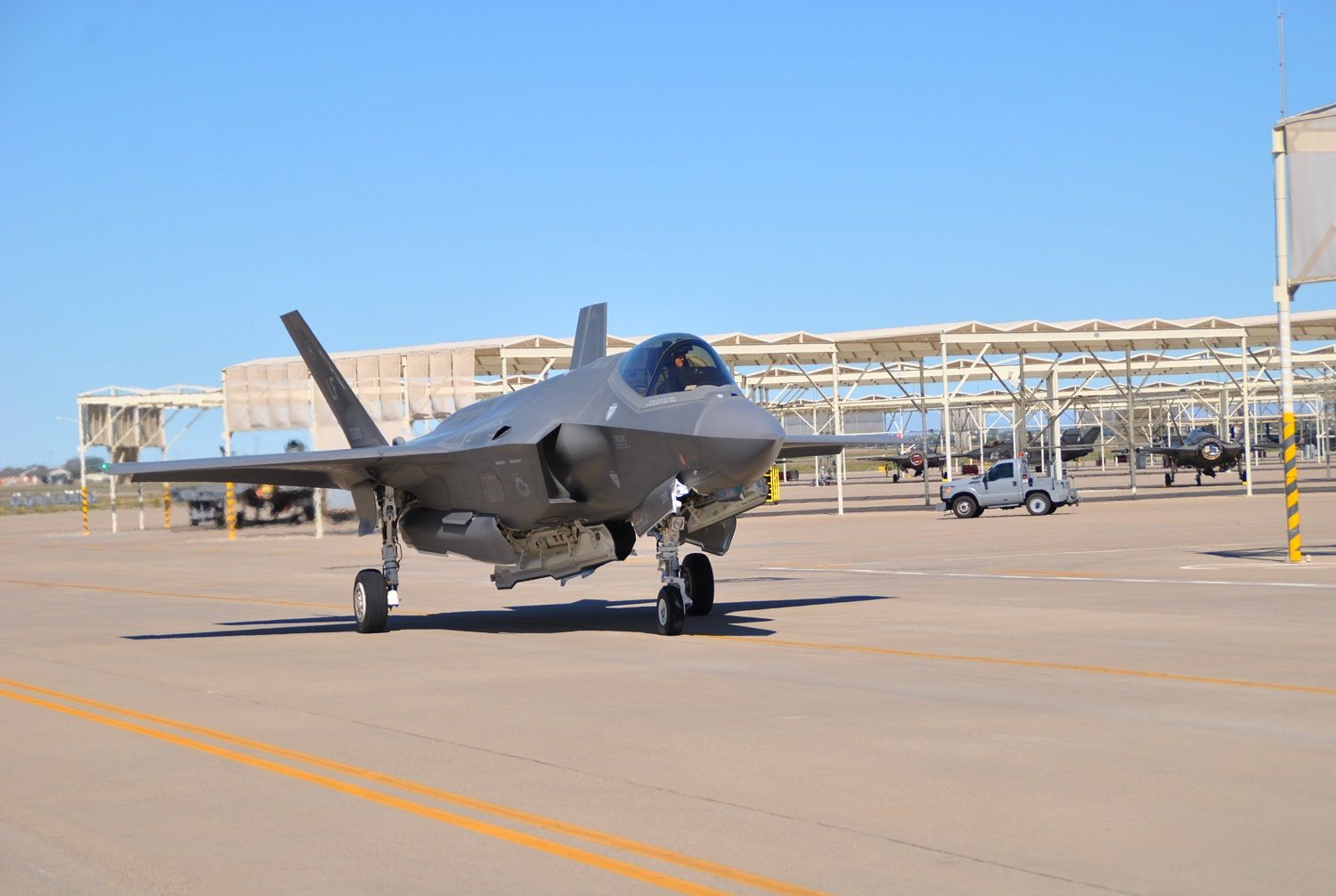