Since 1985, Quantum has invented and patented two main types of stabiliser systems: fins, and rotors. Unlike passive bilge keels, anti-roll tanks or fixed fins, these active stabiliser systems are driven by formulas or algorithms that control movement of the fin or rotor underwater. The vessel motion, or roll, tends to be more extreme at zero or slow speeds than when underway or at higher speeds. Similarly, the power required to move the fin or rotor at zero/low speeds also tends to be much greater. It is possible to remove up to 90% of roll, however sea state plays directly into this. Higher sea states require greater fin area and hydraulic power. A vessel is most stable when trying to keep the ship’s average roll angle below a threshold which is proportionate to the its roll period.

Quantum’s system uses the specifications and requirements of a given vessel to develop a unique algorithm, with parameters programmed into the controls that direct movement of the fins or rotors. Some of the influential factors used to develop the algorithm are: the natural roll period, vessel speed, metacentric height (GM), gross tonnage (GT) and sea direction and wave significant height, etc.

What Distinguishes One Stabiliser from another? Controls!

Over the last two decades, there have been significant advances in the hydrodynamic design of Quantum’s fins and rotors – but beyond these innovations, the breakthrough in control technology has been extraordinary.  The controls are the brains – the proprietary algorithm that automatically senses changes in the ship’s motion and sends adaptive, real-time signals to the stabiliser system.  It then uses that data, combined with Quantum’s proprietary software, to determine and direct optimal fin activity to reduce vessel roll. Many factors influence the commands or movement directives:  wave pattern, roll period, vessel speed, GM, GT and hull design/profile – to name just a few.

To optimise roll damping, each stabiliser controller must be configured for the type of system and the intended function:

The ARC3000 (Adaptive Roll Control) is the first conventional control designed solely for underway fin stabilisation.  It features a single unit, housing the main control circuitry and the operator interface.  It is compact, simple and rugged, therefore considered ideal for basic retrofits and military applications. The traditional push-buttons and knobs on ARC controllers provide direct and immediate feedback for overall system condition and performance.  The control head is mounted in the bridge for easy access, and features an LED display for fin activity, as well mas a dimmable display for nighttime navigation.

Early on, the innovation team recognised the importance of digital technology in paving the way for the future. The SMC4000 was designed and engineered with a touchscreen panel, a Human Machine Interface (HMI) control providing convenient integration with the ship’s ‘glass bridge.’  The control is able to collect speed and other data via a NMEA 0183 interface, and the ship motion control system is via Ethernet.

The SMC4000 and and the breakthrough in digital solutions represent significant advances in system capabilities, options and alerts.  Adjusting the parameters and establishing various integrations is greatly simplified, saving time and improving accuracy.  During the commissioning process, settings for the controls are established and programmed. When crew members experience technical challenges they are unable to remedy or troubleshoot successfully, they can communicate with Quantum technicians remotely.  With the vessel’s permission, qualified Quantum technicians can run diagnostics through a stabiliser network via a dedicated VPN and resolve the issue promptly. 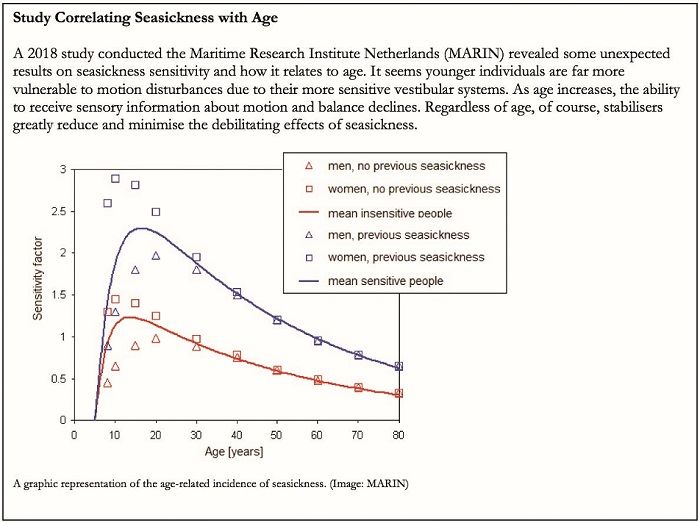