RUAG, formerly Dynamit Nobel, has become well known in the field of police ammunition for the turned brass projectiles of its ACTION line. The second generation of the line – ACTION 4, ACTION 5, etc. – is currently in use with various police units and special forces. The new third generation, which features compressed copper bullets, will now complement the potential applications of the second generation.

One of these new products, the 9mm x 19 ACTION SE (Special Equipment), is designed to really push the envelope as far as the physical parameters and limits for bullets are concerned. It combines a high penetration force on body armour (SK1, NIJ 3, VPAM 3) with high deformation of unprotected soft targets: compared with traditional hard or dimensionally stable AP ammunition, this significantly reduces over-penetration and, as a result, background hazard.

The structural and material properties of the SE offer an entirely new dimension for bullet effect in the 9mm x 19 calibre which, however, requires increased bullet velocity.

High bullet velocity for a given bullet weight can basically only be achieved by increasing the gas pressure or by extending the time spent in the barrel. For official 9 mm x 19 calibre ammunition, a maximum gas pressure of 2700 bar (specified in the Technical Guideline for Pistols – TR Pistols) applies in Germany, meaning the only remaining option is to extend barrel time by using a longer barrel. While service pistols have a barrel length of around 100 mm, a submachine gun has a barrel length around 200 mm. As a result, the 9 mm x 19 ACTION SE achieves its full performance with a submachine gun; the cartridge was therefore primarily developed for this type of weapon.

The increased operational range of a submachine gun, compared with a traditional service pistol, means that other operational scenarios can also be modelled. If we assume the use of deformation ammunition under TR Pistols protocols, a defined stopping effect is required – and achieved, even with increased projectile velocity from the submachine gun. However, if the target is protected, with an SK1-class protective vest, for example, effective hits with deformation ammunition are rather unlikely. Here, police units tend to resort to AP ammunition.

The disadvantages of AP revolve primarily around the necessity for constant availability of ammunition that can only be used to good effect in the event of a protected target. When used on unprotected targets, personnel using an AP cartridge risk potentially serious effect beyond the immediate target.

It is here that the significant advantages of 9 mm x 19 ACTION SE become apparent. With a v0 of approx. 450 m/s from a 200 mm barrel, the bullet penetrates an SK1 at a distance of 70 metres. Deformation in the soft target is also achieved over a range of 5-75 m, in line with the Technical Guidelines for Cartridges (TR Cartridges).

This means a significant increase in performance, even compared with certified TR ammunition: the TR requirements are largely achieved with the SE, the penetration performance is significantly higher, provided that the ammunition is fired from a submachine gun.

The 9 mm x 19 ACTION TRAINING round is based on identical material and technology. This is also an expansion of the portfolio. Unlike the SE, with a bullet weight of 6.1 g, the TRAINING round will meet all requirements of TR Cartridges and will be certified. 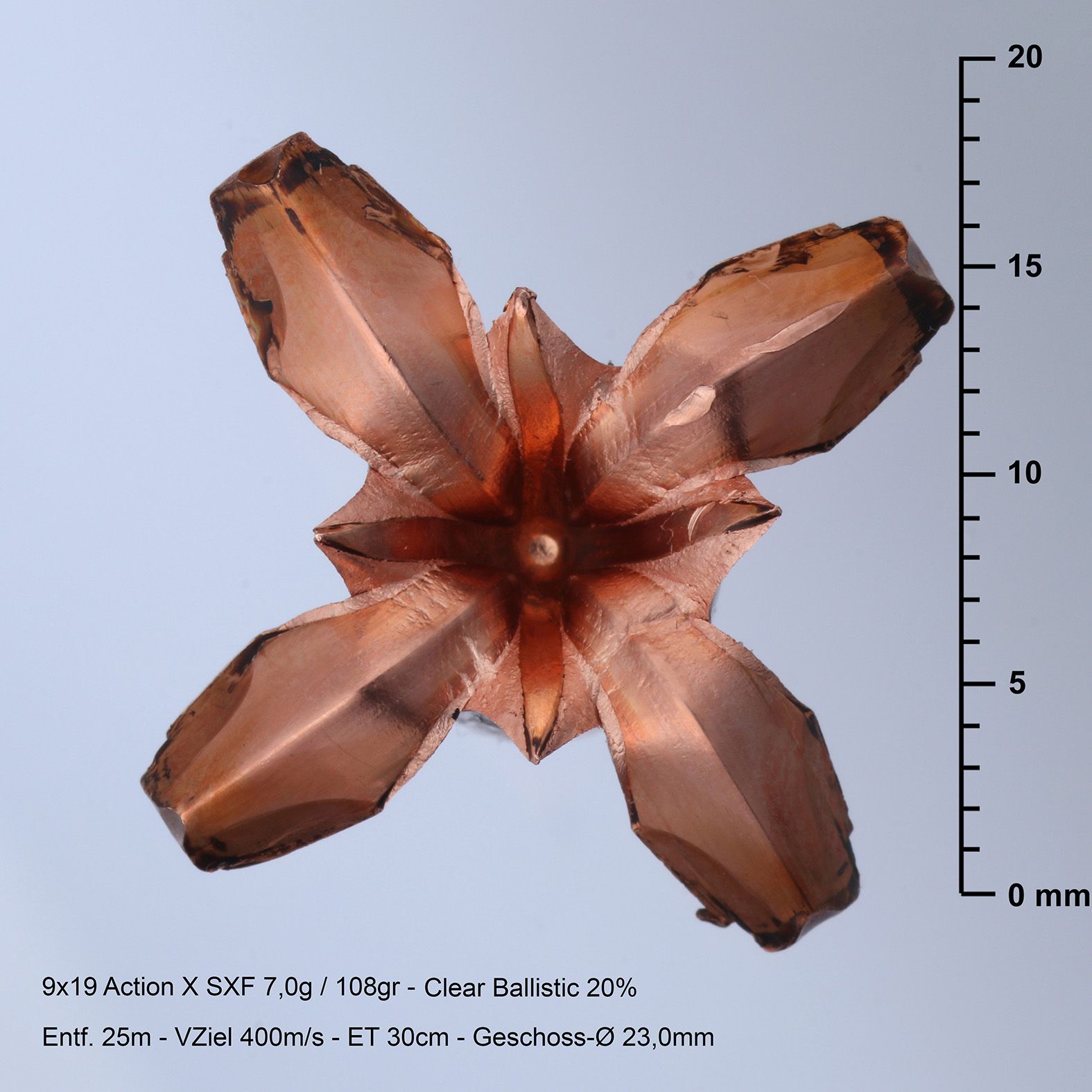 A 9mm x 19 ACTION SE round after impact in 20% clear ballistic gelatine. 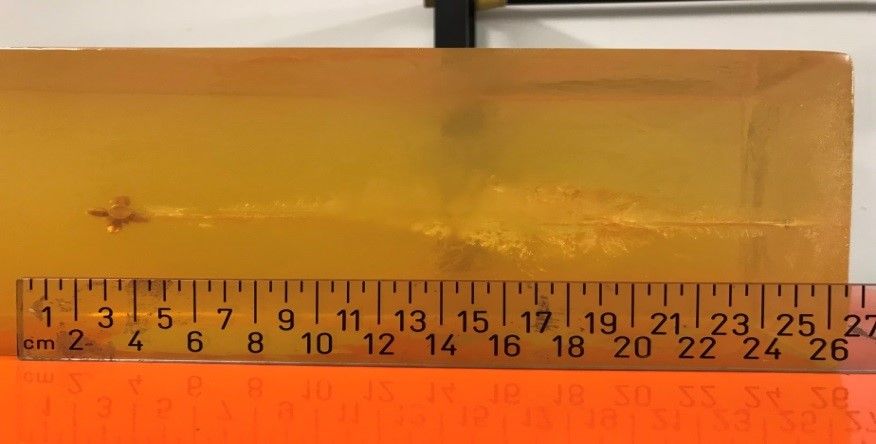