Quantum is known for being the most customer-centric and solutions-driven marine stabilization company on earth.  Since 1985, Quantum has engineered and manufactured over 1,100 systems, offering roll reduction and stability through the innovation of Zero Speed technology and three world patents: XT™ Extendable Fins, MAGLift™ Retractable Rotors and Dyna-Foil™ Retractable Fins.

Quantum’s naval highlights stem from the fact that, for the past 17 years, the company has offered COTS and custom solutions to both the US Coast Guard and US Navy, along with 17 foreign navies.

The company offers global repair, refit and upgrade capabilities and has been awarded open-bid contracts on the following projects:

The Quantum advantages can be summarised as:

There are three high-performance systems in the company’s range:

XT™ Fins offer superb stability at zero and underway speeds. Quantum’s patented XT™ Fin is the most popular system to date. The main stabilizer fin houses another fin or ‘foil,’ designed to extend or retract based on the speed of the vessel.  To maximize the performance at zero speed, the foil is extended, providing 30% more surface area while generating 100% more lift force.  To maximize the performance underway, the foil is retracted, reducing the surface area and the corresponding drag.  Standard fins are frequently converted to XT™ Fins.

MAGLift™ Rotors are retractable for zero, slow and loitering speeds. Exploiting the ‘Magnus Effect,’ a phenomenon in which a rotating cylinder creates lift (stabilization) proportional to the speed and direction of the rotation, it is perfect for slow/loitering and zero speed applications.  The rotors are also completely retractable when underway, making it ideal for ice-class or high-speed vessels, in which drag is a consideration.

Dyna-Foil™ high-aspect fins are retractable at all speeds: this latest technology makes use of a dual purpose, fully retractable ship stabilizing system. Dyna-Foil™ uses more lift, with less drag and less power and is therefore more efficient. It features a high-aspect articulating foil to produce roll stabilization, both underway and at zero speed. In ‘Zero Speed’ mode, the Dyna-Foil™’s swinging motion creates flow over the foil and therefore lift for optimal stabilization. While underway, the foil can be fully extended, with minimal drag, or retracted. Ideal for vessels with zero speed and high-speed stabilizer demands.

Quantum Marine Stabilizers has established a worldwide reputation for excellence in performance and responsiveness: the global team offers 24/7 service and support, including a lifecycle maintenance programme to manage costs.

To link to a video showing the naval benefits of the XT Fins, click here: https://vimeo.com/quantummarine/review/336453568/7afdbfa1f6 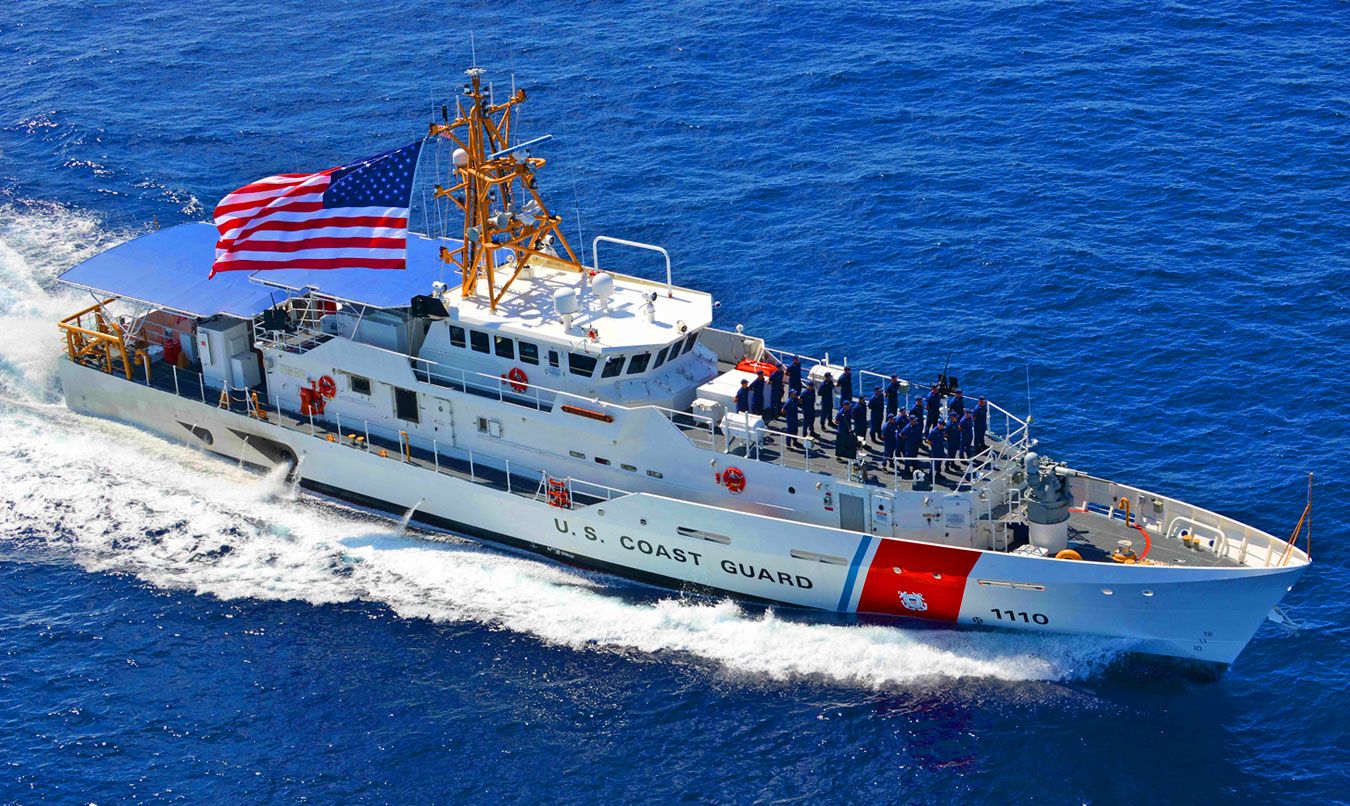 Quantum’s expertise has been employed on the Bollinger Fast Response Cutters delivered to the US Coast Guard. (Photo: Bollinger Shipyards)