The German Armed Forces (Bundeswehr), like many other NATO members, are striving to build more potent capabilities in the fields of weapon accuracy and range, seamless information sharing, and force protection so forces can more effectively engage a mature enemy. A two-day conference, entitled “Utilisation of Airspace by Ground Forces,” that was held at the German School of Army Aviation in Bückeburg on 14 and 15 November provided insights into the type and nature of initiatives that will be able to adjust forces to meet future threats.

This figure includes the protection of ground forces against short-range threats from the air (from less than 250m out to over 9,000m), for which appropriate measures – SHORAD (Short-Range Air Defence) – must be taken into consideration, also ensuring seamless integration in the future German TLVS tactical air defence system. A modular approach can leverage the integration of existing, production-ready subsystems and components, such as MBDA’s Common Anti-Air Modular Missile (CAMM), according to a German Army panellist.

Another initiative, MoTaKo/MoTIV, will play a crucial role in assuring effective command & control (C2) in combat operations. It will be the Bundeswehr’s upcoming mobile tactical communications and mobile tactical information network for combat vehicles, mobile/relocatable C2 posts, and dismounted troops.

A prominent theme permeating this conference was the significance of air mobility, by integrating new platforms, sensors, and weapons for supporting ground troops operating in both urban and open environment. There is indeed a European perspective on the broader question of how helicopter platforms like the TIGER combat helicopter in service with Germany, France and Spain can be employed for supporting ground forces and of how those platforms will be integrated into the coming networked C2 environment.

The German Army is in the process of conceptionalising cost-effective solutions to keep helicopter crews qualified and ready to use current armaments and to enable them to use the next generation of smarter precision weapons like guided 70mm rockets. Two systems of this kind, APKWS (Advanced Precision Kill Weapon System) and CİRİT, are currently under evaluation. While BAE Systems’ APKWS II is a design conversion of HYDRA 70 unguided rockets with a laser guidance kit, the CİRİT laser-guided rocket under production by Roketsan since 2010 already equips several international combat helicopters. It was agreed by attendees that heavier systems like PARS 3 LR, a high precision fire-and-forget missile system produced by MBDA Deutschland, represent a viable option for CAS/CCA (Close Air Support/Close Combat Attack); but, guided missiles, in particular, are ludicrously expensive. An APKWS II is cheap, costing $28,000 a shot; an Israeli SPIKE LR or ER round has a price tag of less than $12,000 per piece.

An undisclosed source told MONS that, “to knock out a pick-up truck, a missile like PARS 3 LR seems a little expensive.”

A comprehensive presentation by Norbert Frank from griffity defense gives a view into the current state of technology suited for CAS/CCA, for which improved capabilities are expected to enter the scene before 2025.

Another transformational capability is unmanned aircraft. This is a capability that is going to truly transform the way ground forces are employed on the future battlefield. As ground forces face increasing threats from enemy artillery and mortar positions, as well as coordinating cells of insurgents, proposals from industry present amazing new capabilities. Next, German ground troops are seeking new unmanned systems, including short- to medium-range systems for target recognition as well as mini- and nano-UAVs.

A major leap in capability is seen in the “Projekt UAS mR”, with EMT’s LUNA NG/B platform representing the successor of the mission-proven KZO and LUNA air vehicles. It was said that the first production aircraft could be in service by December 2019. UAVs will form an integral part of future combat operations on the ground for graining superior knowledge of the battlefield and for the coordination of air-to-ground and ground-to-ground missions, based on lessons learned in recent military campaigns and training exercises. This scheme also encompasses the use of drones by military engineers and artillery units, with the latter lacking a digital data sharing capability in parts of its sensor-to-shooter cycle. This is a major step in the development of completely new capabilities and capacities in this crucial field, most of which are significant force multipliers for the German Armed Forces. 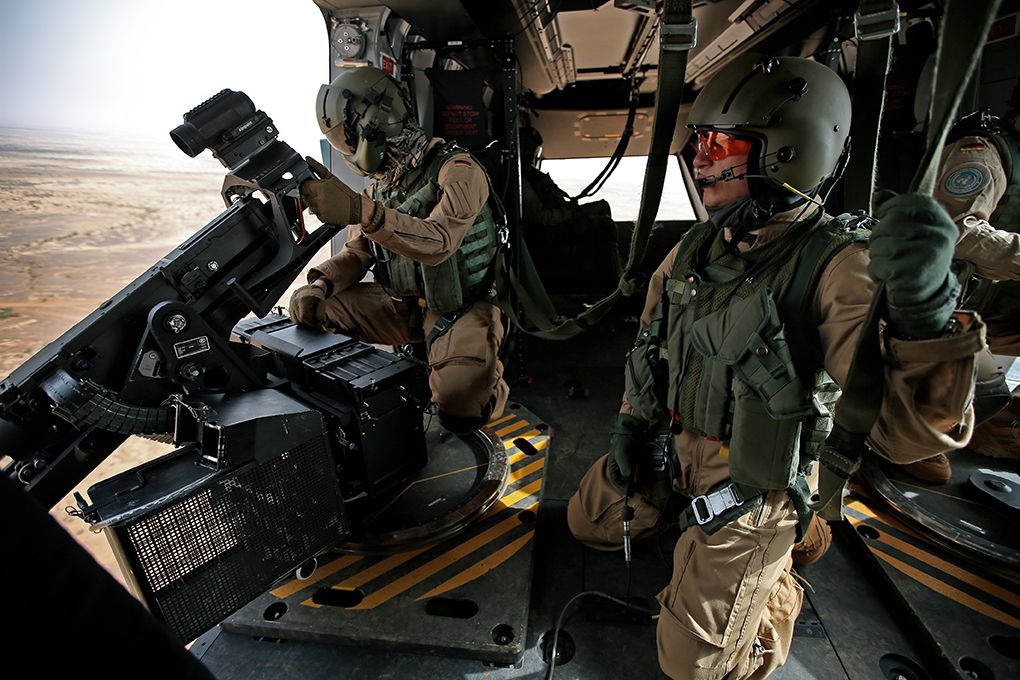