Photographs posted on Chinese social media platform Weibo on 22 February show that at least one Z-20 helicopter of the People’s Liberation Army Ground Force (PLAGF) appears to have been modified to conduct SAR/CSAR operations. The aircraft appears to be taking part in an exercise with units of the 161st Air Assault Brigade using standard Z-20 utility variants as well as Z-8L and Z-10A aircraft.

The new variant features an under-fuselage searchlight and carries what seems to be a crash position indicator (CPI) underneath the tail boom, similar in appearance to that carried by modified Z-9D PLA Naval Aviation helicopters. It also sports a different satellite communications dome on the tail boom behind the engine exhausts, and rescue hoist on the right side – further indications of its potential dedicated SAR/CSAR role.

State-owned Global Times cited analysts as saying that the Z-20, which has joined the larger Z-8G transport helicopter, will enhance “the mobility and flexibility of the armed police in tasks including anti-terrorist, disaster relief and emergency rescue missions”. 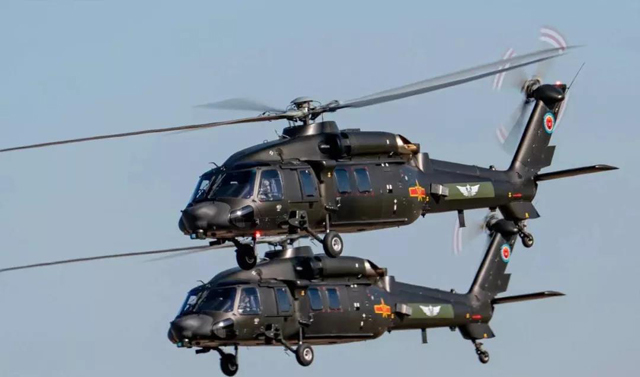