Candidate system for the NAREW programme

During MSPO 2018 in Kielce, Israel Aerospace Industries (IAI) presented the BARAK-MX land-based and maritime air and missile defence system for the first time in Poland. It is a candidate system for the NAREW programme, which envisages between six and eleven short-range NAREW batteries, intended as replacements for the S-125 NEWA-SC and 2K12 KUB systems.

Several companies are competing for the contract, including: MBDA with CAMM/CAMM-ER and MICA; Diehl Defence with IRIS-T SL; Kongsberg with NASAMS; MEADS; Rafael, with BARAK-8; and Roketsan with HISAR. BARAK-MX was unveiled by the company in early June 2018.

IAI executives in Kielce stated that BARAK-MX supports the use of several interceptors, including the BARAK MRAD – a short-range, vertically-launched missile which can neutralise threats at a range of up to 35km, featuring a radar homing sensor and a single-pulse engine. Another supported missile is the BARAK LRAD – a medium-range with a range of up to 70km, a radar homing head and a dual-pulse engine. The last variant is the BARAK ER – a long-range interceptor with an accelerator engine, a dual-pulse rocket and more advanced radar homing head; its declared range is 150 kilometres. According to IAI, all three variants share common elements, a significant advantage for maintenance and training. Two types of effectors (MRAD and LRAD) share the same launcher, while the 150km-range variant has a longer launcher.

BARAK-MX, based on the company’s earlier BARAK solutions, consists of three elements: interceptors (MRAD, LRAD, ER); a Battle Management Centre (BMC;) and a fully-digital integrated phased-array radar, available in a variety of sizes and configurations. During MSPO 2018, IAI underlined that the BARAK-MX can be equipped with various radars depending on the mission requirement and threat environment. 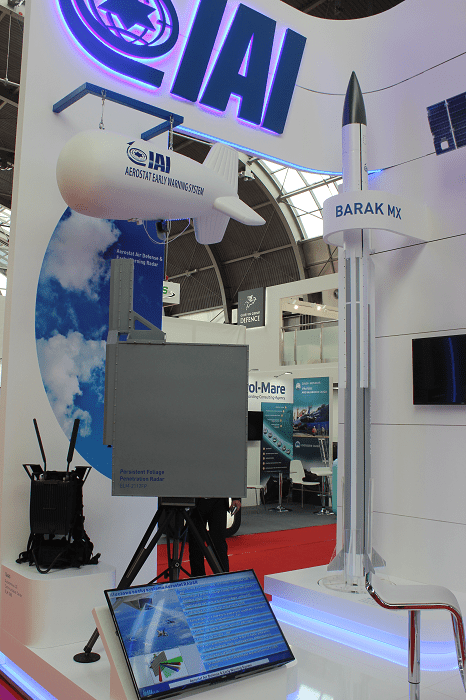