A suite of software applications based on an open-source code base, already being used by NASA and others to specify complex operational sequences for robot arms, has been enhanced and improved ahead of its release in a beta version this week. MOVEIT STUDIO “enables the best of humans and robots combined,” commented Dave Coleman, CEO of developer PickNik Robotics.

Robotic arms are used in a variety of underwater, industrial and crewed spaceflight applications. Astronauts use them to repair satellites, and they will be used to build NASA’s in-development moon base. The arms are controlled remotely by a human operator, partly for technical reasons that make autonomous operations difficult to achieve, but also because the entities using them require a human in the loop. MOVEIT STUDIO permits operators to program sequences of operations for the arms, increasing predictability and therefore safety and accuracy, and reducing issues around latency when the arms are being operated by distant controller,s because it delivers the package of instructions in brief, lower-bandwidth transmissions. The software reduces operator cognitive loads and more intuitive control interfaces will reduce the training burden, both by making the system easier to learn to operate, and requiring fewer people to achieve the same effect.

MOVEIT STUDIO is based on the open-source MoveIt project. The framework is used by various entities engaged in using robots to manipulate objects. The STUDIO applications extend the capability of MoveIt and adds an accessible user interface. PickNik Robotics leads development of the MoveIt framework. 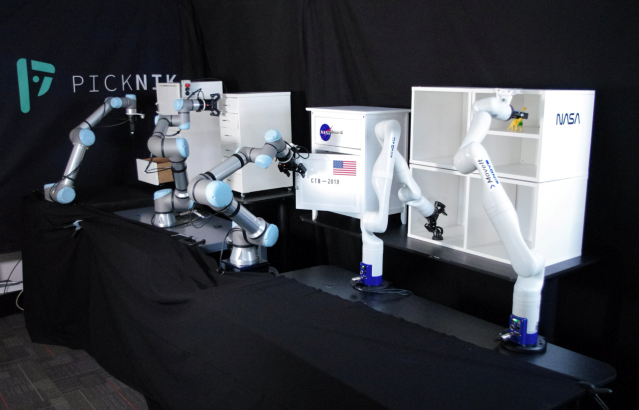