$2.3 Million in Grant Aid for Counter-Terrorism

The Armed Forces of the Philippines (AFP) have received assorted military equipment for all three services from Washington, worth over $2.3 million, as part of US military assistance grants, according to an official 3 May announcement.

The AFP pointed out that this equipment was acquired under the US Counter-Terrorism (CT) and Foreign Military Financing (FMF) programmes, under which Washington provides annual grants to assist the AFP in its capability upgrade efforts. “The AFP continues to make great strides in strengthening our counter-terrorism capabilities with new and modern equipment such as the latest grants from the United States,” said AFP Chief of Staff Gen Andres Centino. 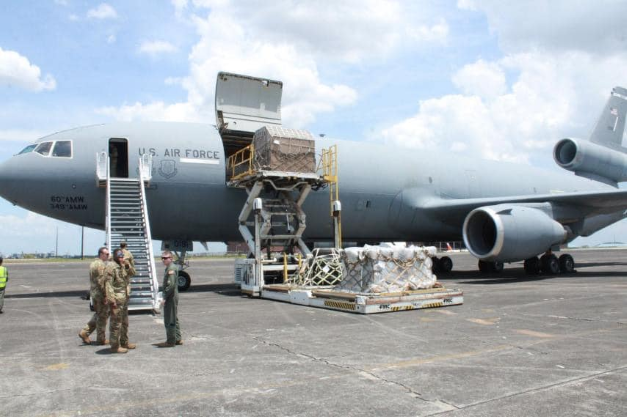 The equipment arrived at Clark Air Base aboard a USAF KC-10A. (AFP)