The unit, last active in 1961, will be composed of newly acquired and upcoming assets, including 18 Sabrah ASCOD 2 light tanks, 10 Sabrah Pandur II direct-fire support vehicles, a command vehicle, a recovery vehicle, and a tank gunnery simulator, all of which have been procured under the Horizon Two phase (2018-22) of the Revised Armed Forces of the Philippines Modernisation Program.

Speaking at the event, Lt Gen Romeo S Brawner Jr, the PA’s commanding general, said the unit is expected to “provide our infantry and mechanised infantry forces with an advanced firepower capability and enhance the standards of protection, especially in conducting contingency missions and combined arms and joint operations in the country.” He also stressed that re-activation will bolster the service’s operational capability in conducting ground operations against current and emerging threats.

Both platforms are being fitted with a 105mm turret and a range of Elbit-made sub-systems, including electro-optical sights, fire control systems, the Torch-X battle management system, as well as E-LynX software-defined radio systems and life support systems, according to Elbit, which added the 30t Sabrah is designed to provide “a unique combination of powerful fire capacity and high manoeuvrability.” 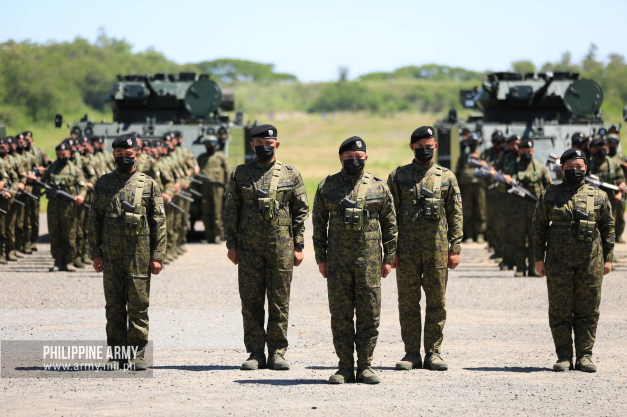 The PA has re-activated the 1st Tank Battalion to provide core support for the service’s mechanised force. (Philippine Army)