The Philippines’ Department of National Defense (DND) is expected to order BrahMos cruise missiles from India in the near future, after issuing a Notice of Award (NoA) to the BrahMos Aerospace company to meet a requirement under the Philippine Navy’s Shore-based, Anti-Ship Missile Acquisition Project.

Published online on 12 January and signed by Defence Secretary Delfin Lorenzana, the NoA states that DND has accepted the Indo-Russian company’s proposed price of $374.9 million. No further details were provided, but Lorenzana had stated in March 2021 that DND was planning to procure one BrahMos battery, consisting of “three systems,” that would be operated as a broader land-based coastal defence system. A battery typically consists of three mobile launchers, each of which is fitted with tracking systems and two or three missile tubes.

The systems are expected to be acquired under the Horizon 2 phase of the Revised Armed Forces of the Philippines Modernization Program (RAFPMP). Should a contract be signed, this would make Manila the first foreign customer of the BrahMos missile system.

The latest developments come after Manila and New Delhi signed the ‘Implementing Arrangement Concerning the Procurement of Defence Material and Equipment’ in early March last year to support the planned acquisition. This provides a government-level framework for the Philippines to procure BrahMos and, potentially, other Indian defence equipment.

DND had already identified BrahMos as a priority purchase, amid concerns about Chinese assertiveness in what Manila views as Philippine territorial waters, but the procurement process is believed to have been delayed because of the Covid-19 pandemic. 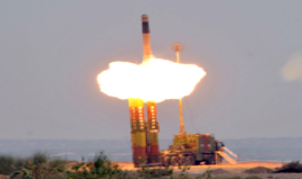