Active Weapons to be Delivered Next Year

The Philippine Marine Corps (PMC) activated its first shore-based, anti-ship missile battalion on 3 April. The unit will be the first to operate one of the three BrahMos anti-ship missile batteries ordered by Manila to improve coastal defences – each battery typically consists of three twin/triple tube mobile launchers, each featuring tracking systems.

The systems are to be delivered next year under the PHP18.9 billion ($369 million) contract with Indo-Russian joint venture BrahMos Aerospace. Manila is the first international customer for the system. “Guided by the PN’s [Philippine Navy’s] Active Archipelagic Defense Strategy and the PMC’s Archipelagic Coastal Defense Concept, this shore-based missile system aims to address military weakness and vulnerabilities in sea control, anti-access/area-denial (A2/AD), and coastal and island defence operations,” noted the PMC in a 7 April statement.

Based on the Russian Yakhont supersonic cruise missile, more advanced variants of the weapon have now been developed that feature a growing percentage of Indian-made components. Until recently, all variants were thought to have a range of 290km and carry a 2-300kg warhead. 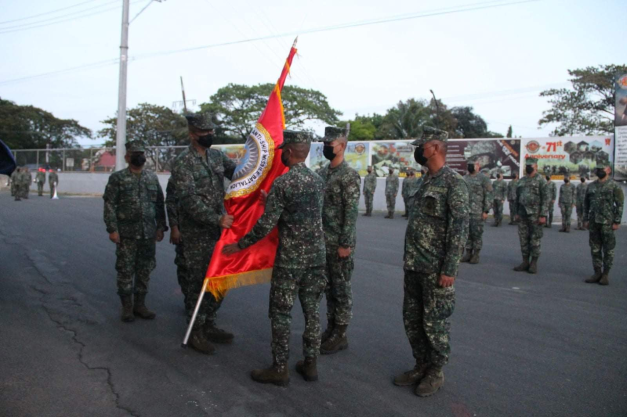 The new BrahMos battalion during the 3 April activation ceremony. (PMC)