The Philippine Army (PA) announced on 2 April that it has received an SD3-30 Sherpa transport aircraft, previously owned by local company Semirara Mining and Power Corporation.

The twin-engined turboprop, which is meant to bolster the capabilities of the Army Aviation Regiment and Special Forces Regiment (Airborne), was donated in a ceremony held at Ninoy Aquino International Airport, presided over by Department of National Defense Undersecretary Cardozo Luna. “Donating the Sherpa aircraft is the most attainable means in developing the aviation force of the Philippine Army, aside from procurement,” he said, noting that the aircraft can be used to support both combat and non-combat missions.

The service also stated that Commanding General Lt Gen Romeo S Brawner Jr has committed to acquiring additional aerial assets to fulfil “a multitude of ground-support missions”. Moreover, the PA noted that the Army Aviation Regiment is conducting training exercises to enhance its skills and the unit’s further capacity. 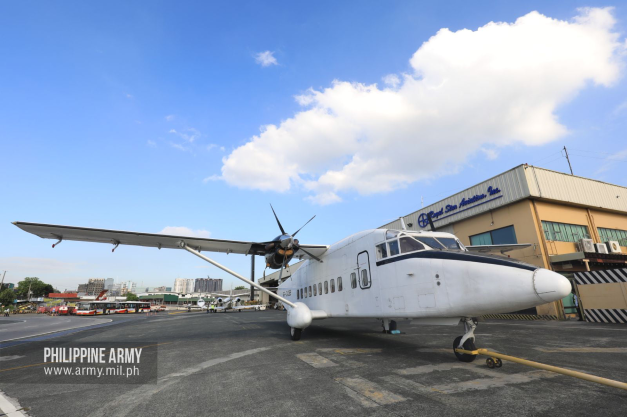 The donated Sherpa will add capacity for the Army’s aviation and special forces units. (Philippine Army)