The Philippine Army (PA) continues to bolster its combat capabilities by acquiring new weapon systems from Israel. After confirming earlier this month that it received all 12 ATMOS 155m/52 calibre self-propelled howitzers (SPH) ordered from Elbit Systems in 2020, the army announced on 10 January it had also taken delivery of 15 M125A2 armoured mortar carrier (AMCs) from the same company.

Equipped with Elbit’s 120mm Cardom recoiling mortar system, the tracked vehicles arrived in the Philippines on 29 December and are now undergoing inspection and testing before being deployed with field units over the coming months, according to a PA statement. The Cardom, operated by several armed forces, including the US Army, is an autonomous, computerised mortar system with a range of 7km and a maximum fire rate of 16rpm.

Meanwhile, PA spokesperson Colonel Xerxes Trinidad said that the service will also receive 20 Sabrah ASCOD 2 light tanks from Elbit Systems later this year, adding that a total of 10 Sabrah Pandur II direct-fire support vehicles will be delivered by 2023. He pointed out these vehicles will constitute the ‘1st Tank Battalion’ of the PA Armor Division, which will become the service’s first modern light tank fleet.

Both platforms are being fitted with a 105mm turret and equipped with a range of Elbit-developed sub-systems, including electro-optical sights, fire control systems, the Torch-X battle management systems, E-LynX software-defined radios and life support systems, said the company, adding that the 30t Sabrah ‘light tank solution’ is designed to provide “a unique combination of powerful fire capacity and high manoeuvrability”.

All the above vehicles are being acquired under the ‘Horizon 2’ phase of the Revised Armed Forces of the Philippines Modernization Program (RAFPMP), which runs from 2018-2022.

Maj Gen Baluyot noted that more modernisation projects are in the pipeline, including the ‘Wheeled Armored Personnel Carrier Acquisition Project’, and the ‘APC Firepower Upgrade with Enclosed Weapon System (EWS)’. PA Commanding General Lt Gen Romeo S Brawner Jr welcomed this development, saying that these new armoured assets will “bolster the army’s capability to deal with constantly evolving threats […] With the realisation of upcoming big-ticket modernisation projects, the Philippine Army is on track to becoming a formidable and adaptive force capable of responding to a multitude of conventional and unconventional threats”.

Against this backdrop, the PA announced in a separate statement that its 10th Infantry Division received new mobility assets, including 21 KM250 trucks, 14 Toyota SUVs, and 33 Kawasaki and Bajaj motorcycles, all of which were also procured as part of the service’s modernisation programme. 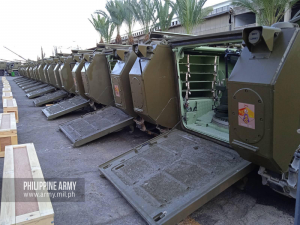 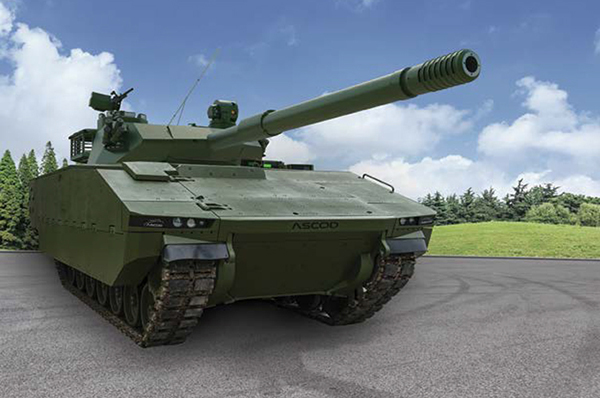