The two Enstrom 280FX SHARK light training helicopters acquired by Peru last year under a $2.3 million (€1.95 million) contract have begun flight and acceptance testing at Enstrom facilities in Michigan, prior to delivery to the Peruvian Air Force (FAP).

Both aircraft are scheduled arrive in Peru in mid-October, where they will become part of Air Group No 51, based at Capitán Renan Elías Olivera Base, in Pisco, and will be used for basic and advanced training for future helicopter pilots. They will join two other Enstrom 280FXs acquired in June 2019 in a $1.8 million contract but which, due to delays because of the Covid-19 pandemic, arrived in Peru in last February, and only officially joined the force in early April.

The FAP plans to field an eventual total of eight SHARKs to replace the elderly Schweizer 300Cs in the training role. Two further aircraft are expected to be procured this year and the final pair in 2022. Both the Army and Naval Aviation already operate these helicopters for the training of their cadets. The FAP initiative will therefore homogenise, in a single model, all helicopter training in the Peruvian armed forces. 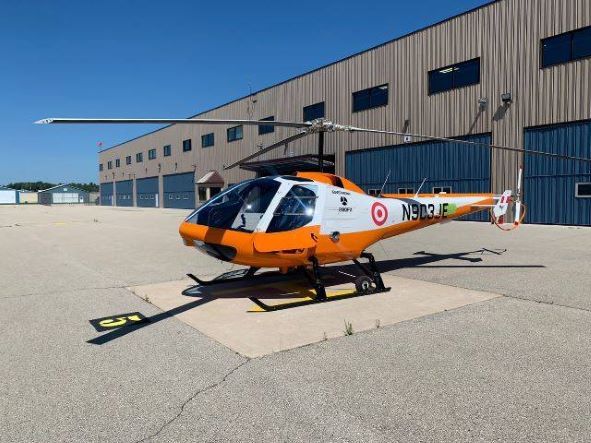