Overhauled After Transfer from DIRAVPOL

The 3rd Air Group of the Peruvian Air Force (FAP) has received one of the two BO105LSA3 helicopters, which were transferred to the force in mid-April 2020 by the Police Aviation Directorate (DIRAVPOL).

The aircraft first underwent a technical evaluation to determine airframe state of its airframe, then an overhaul, which took just over a year, due to restrictions caused by the Covid-19 pandemic. The second aircraft is scheduled to undergo the same process shortly.

Adding both helicopters will increase the operational capabilities of Air Group No. 3, based at the FAP Major General Armando Revoredo Iglesias Base, and which already operates two BO-105LSA3s acquired in 1989. 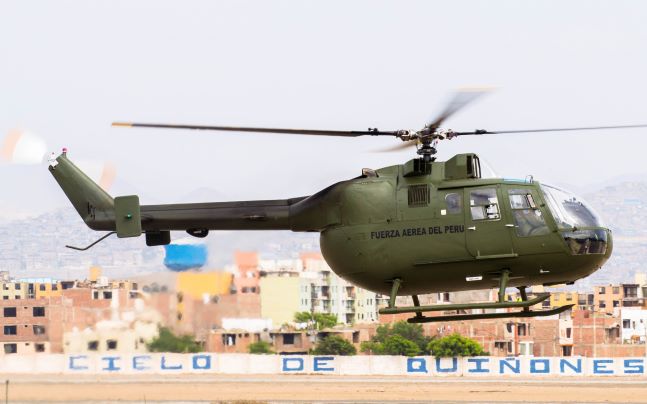