The Peli/Pelican 1200 case is part of their small case line, and it is the perfect size for a single handgun or a camera for those trips to the range or any other place where things get handled rough. Like its big brothers, the 1200 has the same super rugged copolymer polypropylene shell, open cell foam core (which I replaced with the TrekPak Case Divider System – I was amazed at how much more gear I was able to get into the case; at just 7/16in thick, these rigid panels form a precise grid of protection without wasting any space; together with the included 1in bottom foam and convoluted lid foam, the TrekPak system forms a 360° cocoon inside the case) and solid wall construction which makes it exceptionally strong and light.

If you don’t want to fit the TrekPak Case Divider System, the case originally comes with a pluck’n pull foam layer inside. Instead of tracing and cutting out relief for your gear, you just pry strips of foam out until your desired fit/shape is achieved. I recommend having a pen knife of other slim blade at hand to help initiate separation of foam, especially on corners. Obviously whatever shape you make will be somewhat squared due to the precut grid, but it’s really great to be able to chose your own layout for items. While many reviews complain the foam is too thick and makes retrieving certain items from the bottom problematic, you can easily plan ahead by removing the foam in as big a piece as possible, then cutting that chunk in half (or thirds, or whichever) and reinserting into place for a shallower compartment.

It’s tough to find cases this small that also are deep enough to fit beefier items like cameras, lenses, batteries and firearms accessories.

The 1200 case can be thrown in the trunk and taken on bumpy roads, or surviving the trials known as TSA luggage handlers. Near indestructible and keeping one’s expensive stuff from banging around or drowning in the drink (first time I threw it in a lake, I left my camera out, due to the bad experience I had with the i1065 HardBack Case, but coming out, the inside was desert-dry), the Pelican 1200 will easily outlast other cheaper cases out there.

The interior is 9.25×7.12×4.12in, while the exterior is 10.62×9.68×4.87in at 2.87lbs (with foam) and 2.65lbs (without foam). It fits the pistol along with the factory supplied spare magazine, and there’s room for another spare magazine if you want to fit it in. This case allows the use of a small pad lock (shooting ranges sometimes require firearms cased AND locked and this case works well for this purpose). It includes two easy-open latches.

The Pressure Equalisation Valve on this case consists of a housing with a hole through it that is covered with a thin Gore-Tex membrane. According to the Gore tech sheet: “The microporous expanded polytetraflouroethylene (ePTFE) membrane continuously allows the free passage of gases and vapours, equalising the pressure differential between the enclosure and ambient before it builds to the point that a seal is compromised. Water, dust and dirt are repelled by the hydrophobic membrane, thereby protecting expensive and sensitive electronics.”

The opposite is also true, water/humidity once in, cannot escape when the case is securely closed. Around high humidity environments it is almost inevitable that moisture will be encased with your equipment. A solution could be inclusion of a reusable desiccant pack to absorb and hold the moisture away from sensitive equipment.

Having taken a heavy beating, the Peli 1200 has found its place in MONS Gear Box, as it it where I pack my camera. 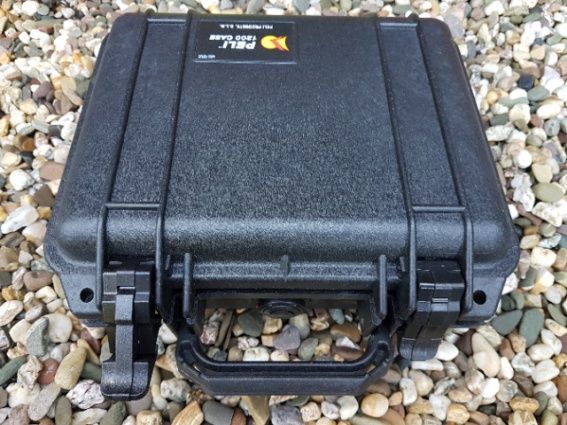