Leveraging the legacy of the SPIKE missile family, for which Rafael has delivered over 27,000 missiles and system to more than 26 countries, the 12.7kg SPIKE LR II can be fired from any existing SPIKE launcher. Its two warhead options include a tandem HEAT warhead that enhances armour penetration by over 30% and a new multi-purpose blast warhead featuring operator-induced fusing for effect control. With a modern electro-optical seeker incorporating an uncooled IR sensor and an advanced high definition colour day sensor, SPIKE LR II also features a smart target tracker with artificial intelligence capabilities, according to the company.

“The development of the SPIKE LR II is based on Rafael’s vast experience in the development of a wide variety of missiles over the years, and was largely possible due to Rafael’s close cooperation with the users at the (Israeli Defence Force) and other militaries around the world,” Moshe Elazar, Executive Vice President and Head of Rafael’s Land and Naval Systems Division, explained.

“There is a lot of need for anti-tank capabilities, for both infantry and air,” Gal Papier, Marketing Manager for precision tactical weapon systems at Rafael, told MONS.

The Israel Defense Forces is the first customer for the missile, and the company is now in the process of fine-tuning the development of the weapon. Papier said that development of the SPIKE LR II will complete by the end of 2018, and testing of it is currently underway, most of which is being conducted on the ground.

The new weapon is being offered to Australia for its Project Land 400 programme, Papier noted, for use on both the Rheinmetall and Patria/BAE Systems bids. This will see the General Dynamics Land Systems (8×8) ASLAV being replaced, with Patria offering its AMV35 and Rheinmetall its MAN Military Vehicles BOXER.

In terms of air applications, Rafael is targeting the light utility helicopter market, and is offering a new rotorcraft SPIKE launcher that will carry two of the LR II missiles. An antenna is integrated into the new launcher in order to facilitate the RF seeker that the weapon carries. The legacy launcher carried four weapons, and can be a mix of the different SPIKE family variants. 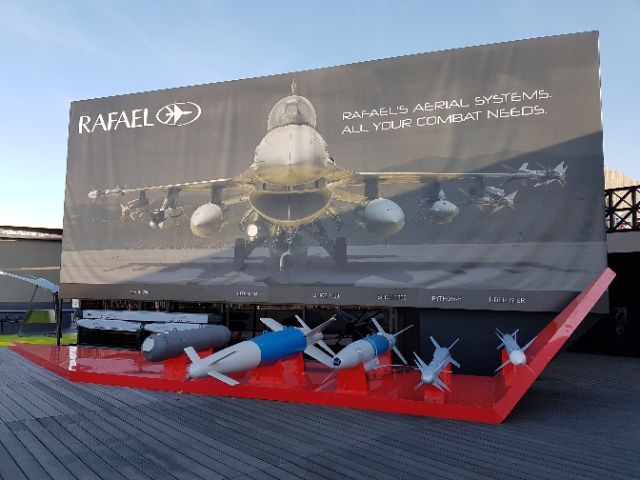