Airbus successfully completed a flight demonstration of a connected airborne battlespace scenario, centred on a MRTT aircraft. The test was carried out as part of the development of Airbus’ Network for the Sky (NFTS) programme. This follows on from last August’s demonstration in Canada of secure mobile communications using a stratospheric aerostat to simulate a HAPS (High Altitude Pseudo Satellite), such as Airbus’ ZEPHYR UAS (Unmanned Aerial System).

“This unique demonstration is a significant milestone in realising our vision of secure connectivity, which will enable the future air combat cloud and enhance real time execution of military missions,” said Evert Dudok, Head of Communications, Intelligence & Security at Airbus Defence & Space.

The demonstration scenario simulates the establishment of multi-Mbit/s, wideband communication links between ground forces operatives, a fighter jet, a MRTT, and a combined air operations centre (CAOC) on the ground. Both the operatives and jet fighter had to send video in real time to provide enhanced real-time situational awareness and receive instructions from the CAOC in return.

This complex scenario demonstrates the real-time operation of secure end-to-end communications across different networks and technologies: ground-air tactical link, air-air wideband link between two aircrafts, air-satellite relay and terrestrial networks. “This type of configuration, known as a ‘hybrid network,’ represents the future of military communications and meets the needs of armed forces to be able to use a wide range of networks while allowing these to be managed dynamically and transparently,” Airbus said in a written statement. ”The solutions developed by Airbus thus allow secure IP (Internet Protocol) communications to be established, links to be reconfigured in real time and the available bandwidth to be allocated to data links based on operational priorities.”

For this demonstration an MRTT aircraft has been equipped with JANUS, Airbus’ new tri-band (Ku-Ka-MilKa; 12-18GHz, 26.5-40GHz) satellite antenna, as well as the latest version of the Proteus satellite modem, which is highly resilient against interference and jamming, and Airbus’ aircraft links integration management system (ALIMS).

This exercise paves the way for the development of the core capability for SMART MRTT connectivity, which will allow the MRTT to act as a high-end communication node. Network for the Sky (NFTS) sets the foundation for the connected airborne battlespace, with the objective to offer a full operational capability by 2020. The NFTS programme is part of Airbus’ Future Air Power project and is fully aligned with the development of the European Future Combat Air System (FCAS). 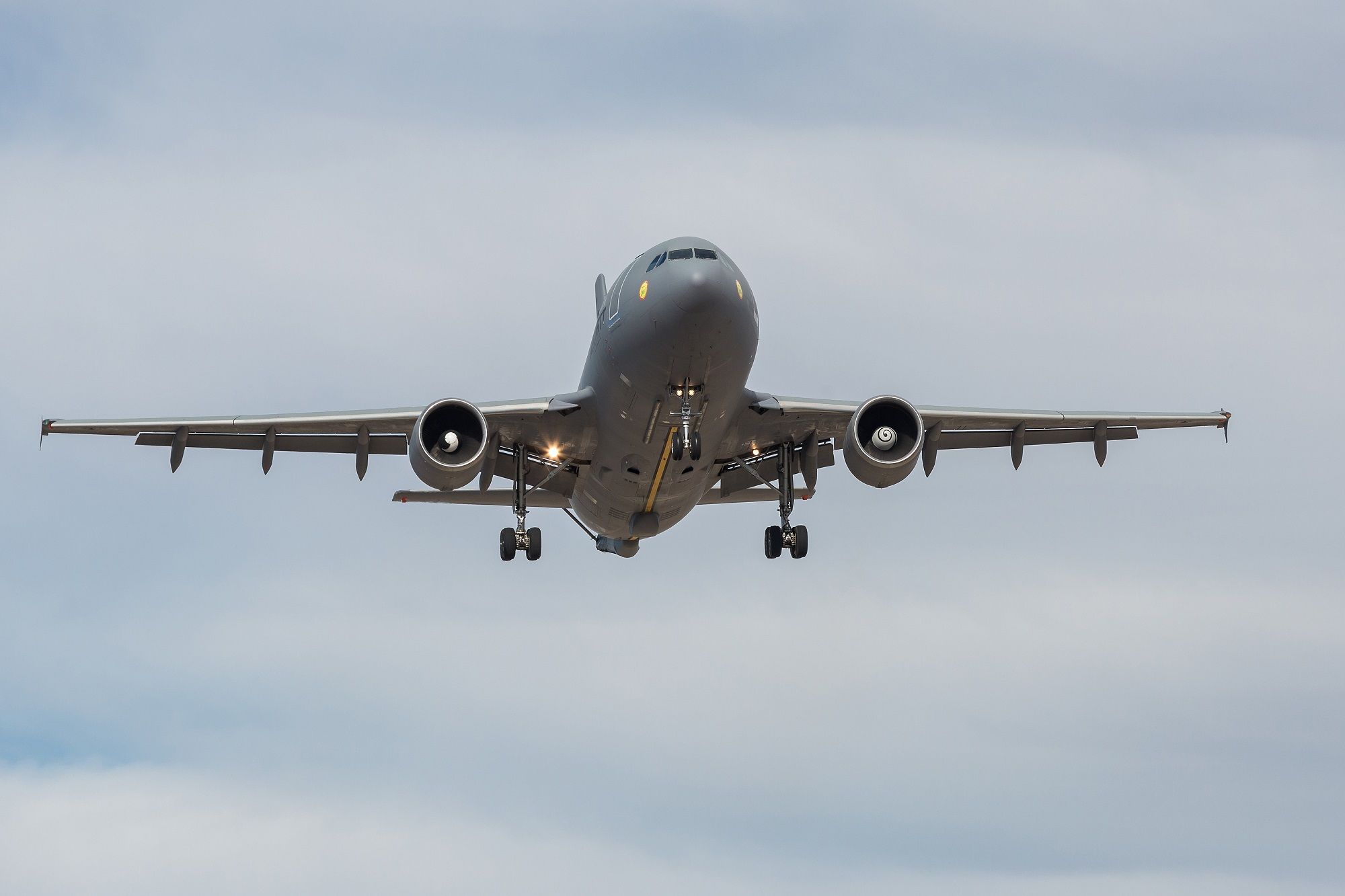