Safran Electronics & Defense has signed a contract with the NATO Organization for Joint Armament Cooperation (OCCAR) to supply 18 more STRIX optronic sights for the TIGER helicopter programme in France. This latest tranche is part of France’s revised 2014–19 defence spending plan, which calls for a homogenous fleet of 67 TIGER HAD (multi-role attack) helicopters. STRIX is a major part of the TIGER HAD’s weapon system and plays a crucial role in all missions, from reconnaissance to escort, protection, fire support and attack. Developed and produced by Safran, the STRIX sight for the TIGER HAD is a gyrostabilized optronic system comprising a thermal imager, daylight camera and laser designator. It provides highly effective day/night support for all weapons on helictoper, including HELLFIRE laser-guided missiles and Rafael‘s SPIKE missiless. Production of this new tranche of sights will involve several Safran entities through 2020 and beyond.

Nexter, part of the KNDS Group and one of only land defense system manufacturers and integrators at the show, presented the CAESAR 6×6 at the Airbus stand and the CAESAR 8×8 at the KNDS stand. Currently deployed in Irak, the CAESAR has participated in almost all recent overseas operations of the French Army, during which its great precision has been fully demonstrated, according to the company. It also equips the land forces of four other countries, including Indonesia, who renewed its trust in the Nexter Group this year, and Denmark, who, the company says, will soon be on board as well. During the show a joint demonstration of the CAESAR and the A400M at the Airbus stand attested to the complementarity of the two systems for the benefit of the forces who will be using them in various theaters.

Elbit Systems announced it was awarded more than $20 million contract by an African-based customer to equip a VIP Gulfstream G650 aircraft with J-MUSIC Directed Infrared Countermeasure (DIRCM) systems that include Elbit Systems’ advanced Infrared based Passive Airborne Warning System (IR PAWS). The contract will be performed over a one-year period. Having accumulated more than 30,000 hours of operation, Elbit Systems’ MUSIC family of DIRCM systems is in use by many customers worldwide on a wide range of small, medium and large aircraft platforms.

The US Air Force has awarded Lockheed Martin a $104 million contract to develop, produce, and field a threat simulator for future combat aircrew training. The programme, known as the Advanced Radar Threat System Variant 2 (ARTS-V2), will use radar threat emitters to simulate advanced medium-range surface-to-air missiles (SAM) to support legacy and 5th generation combat aircrew training requirements. The contract calls for the development and delivery of a Production Ready Assembly (PRA) article and options to produce up to 20 systems.

L3 Technologies announced that it has delivered its 4,000th MX-Series electro-optical/infrared (EO/IR) imaging turret since the initial launch of the product line in 1997. This milestone delivery of L3 WESCAM’s MX-20D to a government customer will aid close air support missions from long-endurance fixed-wing aircraft.

The TEKEVER AR5 Unmanned Aerial System (UAS) has been chosen by the European Maritime Safety Agency (EMSA) to create the first European maritime surveillance and environmental monitoring system based on drones, Tekever announced during the show. The two-year framework contracts signed with EMSA are worth up to €77 Million and are part of a wider programmw designed to provide UAS-based maritime services in support of EU Coastguard and environmental protection activities. The services are expected to begin within the next few months, and will provide a flexible and cost effective way for maritime authorities throughout Europe to gain a new, ground-breaking set of capabilities. Services can be made available for variable periods, starting from two months.

Airbus Helicopters recently started autonomous flight trials of a VSR700 Optionally Piloted Vehicle (OPV) demonstrator, paving the way for a first flight of the actual VSR700 prototype in 2018. A light military rotary-wing tactical unmanned aerial vehicle (UAV), the VSR700 is being developed jointly by Airbus Helicopters and Helicopteres Guimbal, the original manufacturer of the civil-certified CABRI G2 helicopter from which the VSR700 is derived. This phase of flight trials with a safety pilot will focus on refining Airbus Helicopters’ automatic flight control system aboard the OPV, eventually leading to fully autonomous flights without a safety pilot. The VSR 700 flight control system is a fully-digital, multi-channel system with a very high level of redundancy. Sea trials of a manned CABRI G2 have also recently taken place with the support of a French Navy air defence frigate in order to assess the flight envelope of the VSR700 platform for shipborne operations. The VSR700 will be capable of carrying a wide array of mission equipment with a maximum capacity of up to 250 kilogrammes. Depending on the mission, its endurance could exceed 10 hours.

Aviation financier and lessor Stellwagen, a 100% subsidiary of Acasta Enterprises, has signed a firm order for 12 Airbus C295 medium transport aircraft in the first sale to a leasing company achieved by Airbus Defence & Space. The agreement, which includes options for a further 12 aircraft, positions Stellwagen to address civil markets including the humanitarian sector, freight operators in austere environments, and government agencies such as search and rescue services.

Thales and Reliance Defence Limited announced their intent to form an Indian Joint Venture (JV) with the proposed shareholding of 49% and 51% respectively. Leveraging Thales offset commitment as part of RAFALE contract, the JV is to develop Indian capabilities to integrate and maintain radar and electronic warfare sensors. The JV will develop skills and activity in the Special Economic Zone of Mihan-Nagpur together with an Indian supply chain for the manufacturing of microwave technologies and high performance airborne electronics.

Sierra Nevada Corporation (SNC) has joined the Lockheed Martin Skunk Works JSTARS Recapitalization (Recap) team, which currently includes Bombardier and Raytheon, bringing greater value to the partnership, and the team’s ability to deliver a solution to the US Air Force (USAF). SNC, which previously qualified as a prime contractor candidate for the USAF’s JSTARS Recap programme, will perform modifications to Bombardier’s GLOBAL 6000 aircraft, and will help obtain the necessary airworthiness certifications from the FAA and USAF.  Lockheed Martin is the lead systems integrator for the programme, while Raytheon brings its experience with ground surveillance, ISR systems, and JSTARS communications. Bombardier will provide its ultra-long-range GLOBAL 6000 business jet platform. Competing, Northrop Grumman has partnered with Gulfstream and L3 for JSTARS, offering the E-8D.

Israel’s Ministry of Defense has signed an agreement with Sikorsky, a Lockheed Martin company, to supply spare parts and associated engineering services in support of the CH-53D heavy lift helicopters operated by the Israeli Air Force (IAF) since 1969. THe IAF designated it YAS’UR. Intended for a duration of seven years, the comprehensive programme will allow Sikorsky to manage and source its supply chain for CH-53D parts that are either obsolete or in diminishing supply. Sikorsky will work with its US supplier base to produce more than 80 distinct part numbers to Sikorsky quality standards into the mid-2020s. Many of the parts listed in the contract are found in the dynamic sections of the aircraft, such as the gearbox and transmission.  Israel acquired its fleet of two engine CH-53D heavy lift helicopters in 1969 and early1970s. The IAF remains the only D model operator in the world, although the model is similar in design to the CH-53G aircraft still operated by the German Air Force. 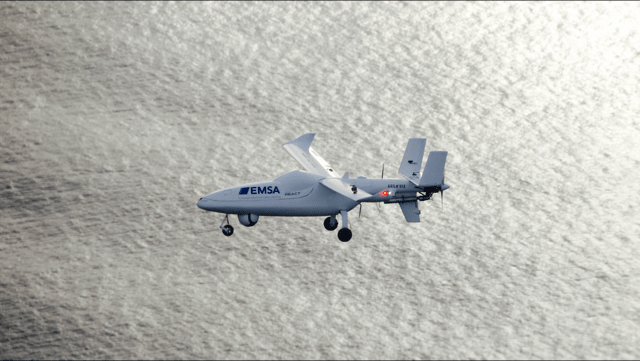