Barcelona-based Pangea Aerospace has announced the successful hot firing of its proprietary additive-manufactured METHALOX aerospike engine. The tests took place at the German Institute of Space Propulsion facility in Lampoldshusen, and the company will be studying how the technology can be applied to larger engines under a contract from CNES, the French space agency.

The test article, called DEMOP1, is a regeneratively-cooled aerospike engine constructed using additive manufacturing and comprising only two pieces. The engine has an output of 20 kilonewtons. Pangea says the engine successfully fired first time, and says they conducted “several” firings, including one lasting “almost three minutes“.

“We have unlocked aerospike technology at a very low cost,” Pangea CEO, Adria Argemi, explained. “We have been able to hot fire successfully several times the same engine, demonstrating that the technology works and that we are ready for further challenges.”

Aerospike technology was first theorised in the 1950s and explored by NASA in the 1980s, but never proceeded to operational use because the systems were very expensive to produce. Unlike in a conventional rocket engine, where a bell-shaped nozzle is used, an aerospike allows exhaust gases to be optimally expanded. “Changing ambient pressure acts as a virtual nozzle,” Pangea stated, claiming that a rocket powered by such an engine would require 15% less fuel to take a payload to orbit.

One limiting factor in previous attempts to develop aerospike engines has been cooling. Pangea’s system puts the two propellants – oxygen and methane, in their liquid states – through cooling channels before they are ignited in the combustion chamber. This cools the engine and prevents it melting. The Valladolid-based additive manufacturing company Aenium has helped Pangea solve this problem, and has manufactured the combustion chamber using GRCop42, a copper alloy developed by NASA in 2019. 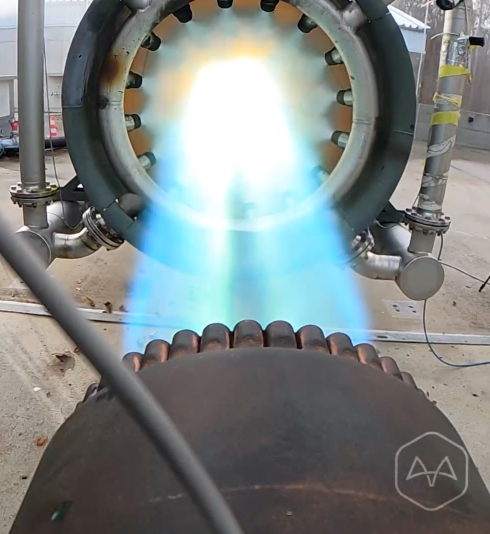