Pakistan conducted a successful test of the extended range variant of its indigenously-developed Babur 1B (Hatf-7) cruise missile at an undisclosed location on 21 December. Lt Gen Nadeem Zaki Manj, Director General of the Strategic Plans Division, was among witnesses to the test and expressed confidence that the new missile “will further strengthen Pakistan’s strategic deterrence.”

No details of the range capability were made public, but MON understands from observers close to the programme that the range has been extended to in excess of 900km and is a credible platform for “highly accurate” strikes against land or naval targets. The baseline Babur IB, which can carry conventional or nuclear warheads, has an estimated range of 700km and displays considerable low observable characteristics, making it difficult to detect using existing radar networks.

The Babur programme dates back to 2005, since when it has been tested in several configurations, with a submarine-launched variant, the Babur-III, first appearing in 2017, with a 450km claimed range. The same range estimate is applied to the Babur 1A which, in February this year, was tested from a multi-tube launcher vehicle. 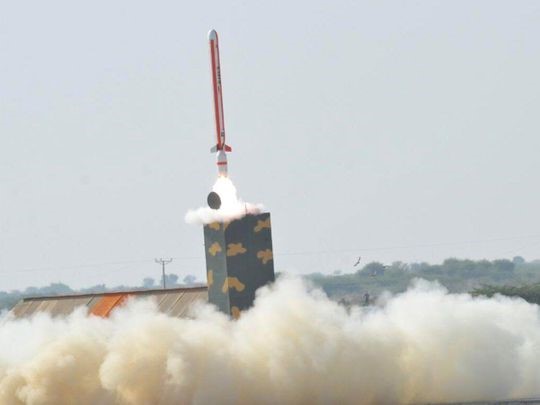 The test programme for Babur is comprehensive and continuing. (Photo: Pakistan MoD/ISPR)