The Pakistan Navy (PN) announced on 24 January that it formally commissioned PNS Tughril, the service’s first of four Chinese-built Type 054A/P multirole frigates, that same day at the Karachi Naval Dockyard. Launched by China’s Hudong-Zhonghua shipyard in August 2020, the 134m warship was initially inducted into the PN last November, in an event held at the shipbuilder’s facilities in Shanghai.

The contract for the first two Type 054A/P frigates is believed to have been signed in 2017, and an order for two more was announced in June 2018, when Islamabad also indicated that all four frigates are slated for delivery before the end of 2022. The second ship of the Tughril class entered the water in January 2021, while the third was launched in August and the fourth in December.

Based on the Type 054A (Jiangkai II class) frigates operated by China’s PLAN, the vessels are meant to replace the PN’s remaining Tariq class frigates (formerly Type 21 Amazon class) built for the Royal Navy in the 1970s.

Also commissioned on 24 January were 10 second-hand Sea Kings-series helicopters acquired from the Qatar Emiri Air Force. The aircraft entered service with the Naval Air Arm’s 111 Squadron as part of efforts by the PN to bolster its SAR, transport, anti-surface and ASW capabilities. 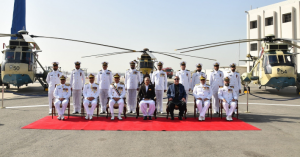 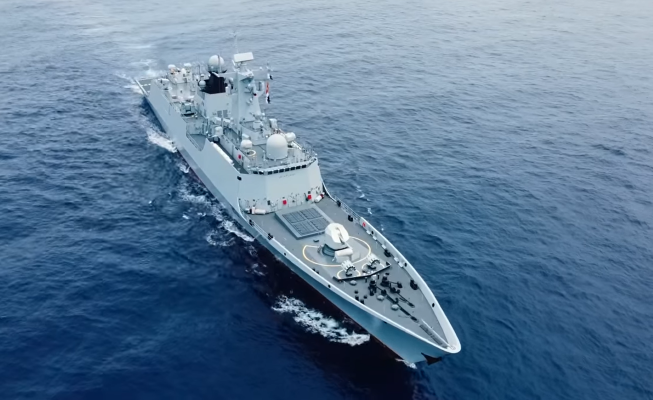