Images Suggest Up to 11 Aircraft May Have Been Completed

The Pakistan Aeronautical Complex (PAC) at Kamra has rolled out the first eight Block III series-produced JF-17 Thunder/FC-1 Xiaolong multirole combat aircraft on order for the Pakistan Air Force (PAF), according to images released on social media platforms on 4 January.

The roll-out appears to have taken place in a ceremony held on 31 December at the company’s facility in Punjab to mark the first taxiing test of a series-produced Block III JF-17. Construction numbers visible suggest that at least 11 airframes have been produced, with the remaining three platforms comprising two prototypes and a static test airframe.

According to Pakistani media reports, it is possible that some Block IIIs will take part in a 23 March fly-past, alongside what are reported to be newly acquired Chinese-built J-10C multirole fighters, to mark ‘Pakistan Day’.

A further development of the Block II variant, the JF-17/FC-1 Block III features the China Electronics Technology Group (CETC) KLJ-7A  AESA radar, a new wide-angle holographic head-up display – similar to that used in China’s fifth-generation J-20 fighter –  and an IIR-based missile approach warning system, the sensors of which are located behind the engine air intakes and on top of the vertical tail fin, similar to those fitted on the J-10C.

Unconfirmed reports suggest that the Block III variant will also feature a helmet-mounted display, an upgraded ECM suite, a three-axis, full-authority digital fly-by-wire system and the ability to deploy new weapons, such as the PL-10E IIR-guided AAM and the PL-15E BVRAAM.

The first Block III prototype took to the skies on 15 December 2019, with the second first confirmed in late April 2021. The PAF is reportedly looking to procure at least 50 JF-17 Block IIIs. Together with CAIG, PAC is expected to manufacture 12 units per year between 2021 and 2024. 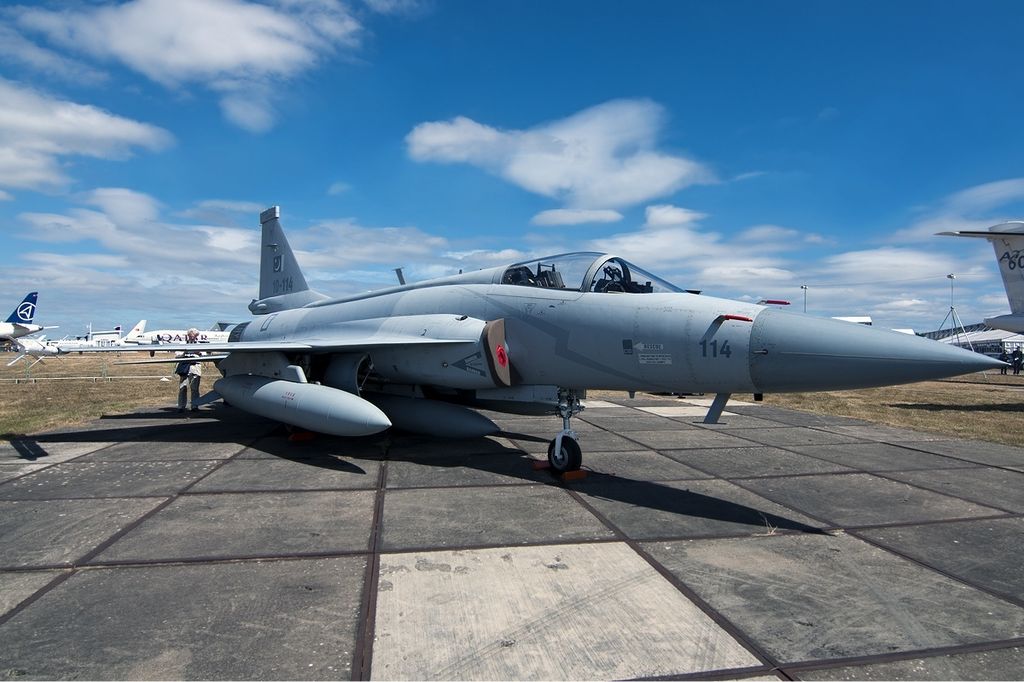