The US Navy is expected to have a projected inventory of 109 P-8A POSEIDONs, a modified Boeing 737-800ERX, to deliver anti-submarine warfare (ASW) and anti-surface warfare (ASuW) capabilities to the supported theatre commander. MONCh attended a P-8A programme and performance update with US Navy Captain Tony Rossi, the service’s P-8A programme manager, and files this report.

While ASW and ASuW remain the programme’s major funded requirements, the service captain also highlighted recent “tertiary” missions supported by P-8s in the US and overseas, including disaster response and rescue after hurricanes struck the US during 2017, search and rescue events and related missions. The deployment of the onboard SAR Kit enabled the recovery of stranded mariners, “and was a great show of the flexibility of the aircraft.”

The evolving, maturing programme is in acquisition and enhancement phase titled Increment 3. Captain Rossi explained: “The main block of Increment 3 is what I really excited about. It extends the utility of the aircraft, providing a ‘Swiss Army knife sort of capability’, as we bring in a much more scalable mission computing system, much more open with an application-based architecture, with enough computing resources based on commercial standards so you can push processes back-and-forth across the graphics processor. We’re really bringing the capability of the processing of the mission system computing into the future.”

The service captain briefly spoke to the ability of a P-8A to survive in a contested battlespace, and emphasized the POSEIDON has inerted fuel tanks, a Directional Infrared Countermeasures (DIRCM) system, and flare system. “We’re looking at future capabilities including RF countermeasures or something else along that line. We haven’t decided on that yet.”

A topic followed by MONCh and it sister publications is manned-unmanned weapons platform teaming. To that end, Captain Rossi pointed out, his office has done “a basic level of integration” with the US Navy’s Northrop Grumman MQ-4C TRITON unmanned aerial vehicle (UAV). “There are a few successful things we’ve done. We have had voice-to-voice communications between the aircraft. We’ve also had successful link integration on LINK16 and CDL [common data link], where we were able to transmit video from one aircraft back to the other.” And while this airborne integration has been completed, the service captain pointed out another integration opportunity – with the MQ-4C’s ground-based operators. This linkage may result in full motion video and other data passed among these nodes.

As the TRITON architecture matures, MINOTAUR (mission management system) is expected to be added to the airframe, providing yet another enabling integration and teaming opportunity with P-8As. MINOTAUR developed by the Johns Hopkins Applied Physics Lab.

The P-8 remains a cooperative program, with six P-8s delivered to the Royal Australian Air Force. “We will deliver number this week or early next week. They declared their initial operational capability five months ahead of schedule,” Captain Rossi said and continued, “we have a couple of other countries on board – the UK as has Norway. About three other [unspecified] countries are in discussion with us and are close to Foreign Military Sales cases, and hopefully we can wrap up those in the next few months.”

During the media availability it was noted the German Navy announced France and Germany plan to sign a letter of intent with France this 27 April to jointly develop a new maritime patrol aircraft.  The “Maritime Airborne Warfare System” – the working title of the intended development programme – will replace the German Navy’s P-3C ORION and the Marine Nationale’s Breguet ATLANTIQUE 2. Both the navy programme manager and his Boeing counterpart declined to comment on whether Boeing has or will respond to a what may be an imminent programme solicitation.

Further, India is in receipt of eight P-Is. Four more “Is” are on contract under Direct Commercial Sale and scheduled for delivery in 2021. 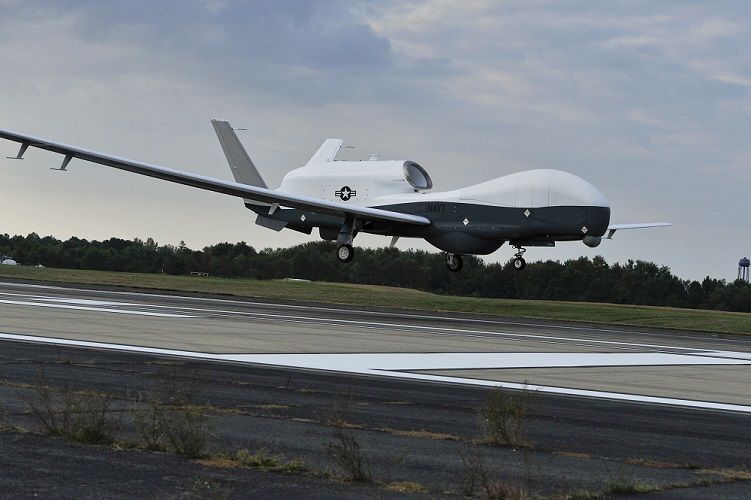