Designed to compete in a new segment of the AEW market, this next generation aircraft is based on the advanced super midsize platform of the Embraer PRAETOR 600 business jet with the primary sensor being the IAI/ELTA 4th generation Digital Active Electronically Scanned Array (AESA) radar with integrated identification friend or foe (IFF) capabilities.

A comprehensive communications suite allows for data link capability as well as satellite communication for operations beyond the line of sight data link. It also secures interoperability with allied forces. Network centric warfare (NCW) capability transforms P600 AEW into a member of a tactical network. An advanced self-protection system performs the detection of potential threats activating any required ESM.

“This aircraft delivers superior performance and flexibility that translates into the greatest value proposition in its category,”Jackson Schneider, President & CEO Embraer Defense & Security, told MONCh at Paris Air Show. “It can be easily configured to match the customer needs and it can perform a wide variety of missions in a very efficient and cost-effective way.”

“As part of IAI’s new strategy, we are ramping up our collaborations with global business entities, leveraging the know-how and technology accumulated over decades of aerospace and defense operations. As the pioneers of the bizjet AEW, ELTA Systems has made large strides over the years towards offering cost effective AEW capabilities for the growing and changing global needs,” Yoav Tourgeman, ELTA President & IAI Executive Vice President, concluded. “Our partnership, forged with Embraer Defense & Security, enables us to introduce a new market segment by offering a cost effective midsize bizjet AEW system.” 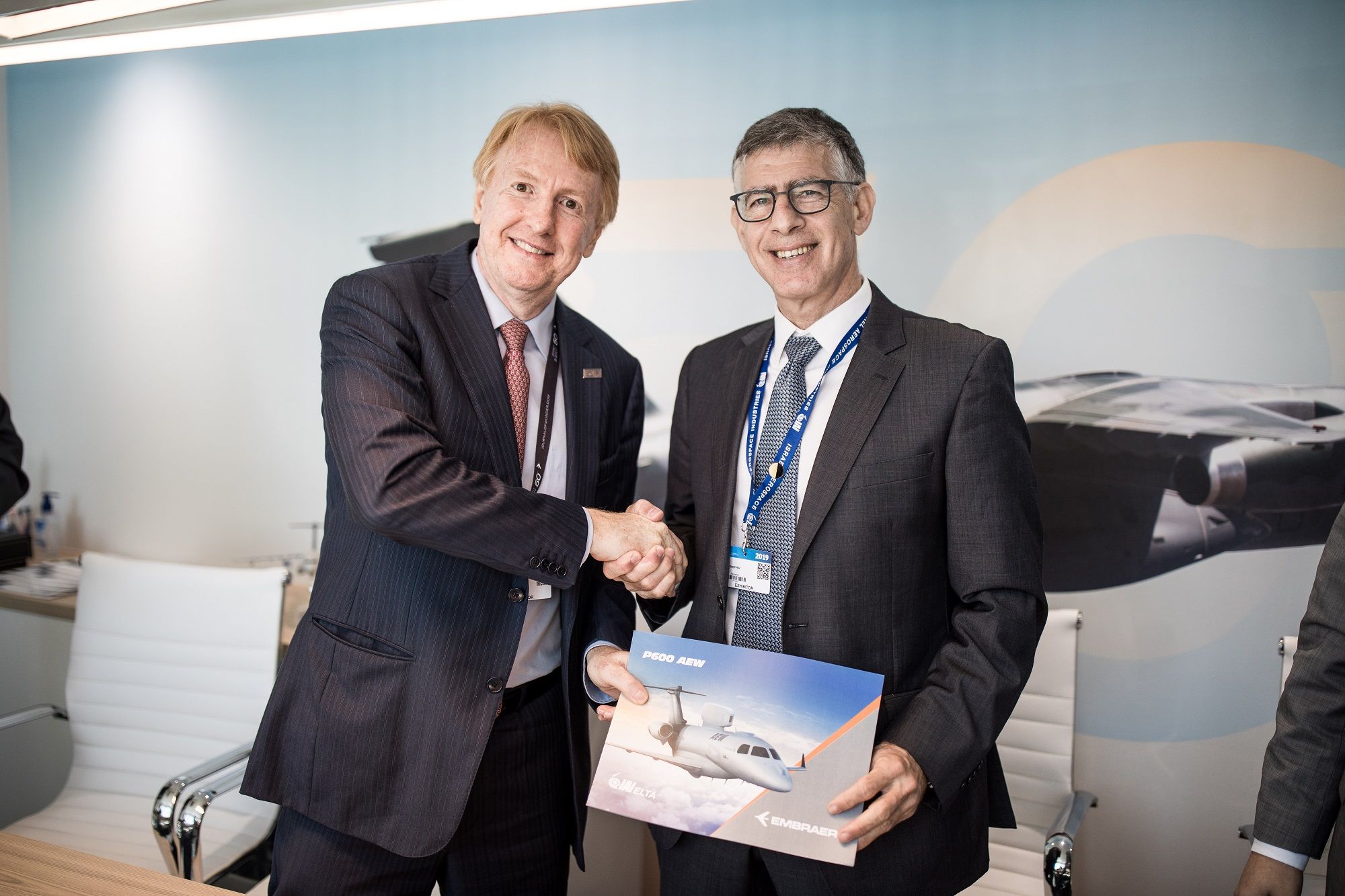