Oshkosh teamed with Pratt Miller and Rafael Advanced Defence Systems to deliver this upgrade, which will provide increased lethality, accuracy, and range to the Army’s STRYKER Brigade Combat Teams (SBCT), while maintaining the mobility and survivability of the STRYKER ICVVA1. Oshkosh will integrate a 30mm weapon system based on Rafael’s proven SAMSON family of turrets onto vehicles for three SBCTs, and will further provide a full spectrum of system technical support, interim contractor logistics support, and integrated product support.

“The Oshkosh team brought together best-in-class capabilities for weapon system design, manufacturing, and integration, to provide a highly capable solution that meets the STRYKER MCWS program requirements today and offers the flexibility to upgrade tomorrow,” commented Pat Williams, VP/General Manager of US Army and US Marine Corps Programs at Oshkosh Defense. 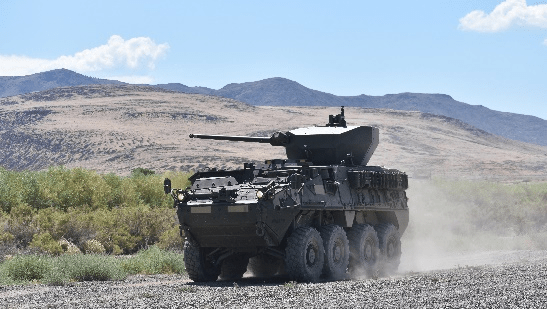 Oshkosh is to upgrade the STRYKERs for three US Army SBCTs. (Photo: Oshkosh Defense)