Industry representatives were finalising their preparations for live fire demonstrations scheduled for tomorrow (Day 3). While some industry teams remain focused on innovation and expanding technology baselines, others are seeking incremental efficiencies through reusability and similar strategies. At the end of the day, collaboration and partnership are vital to allowing industry teams achieve their milestones.

For its part Oshkosh has two Joint Light Tactical Vehicles (JLTV) at the conference to internally compete a M230 Link Fed Chain Gun integrated with Kongsberg PROTECTOR Remote Weapon Station (RWS) and EOS R400 RWS. The RWS will be put through its paces in static and on-the-move firings tomorrow (Day 3). Dave Diersen, the Director of Defense Programs, JLTV Program, at Oshkosh, spoke with Mönch about his company’s presence at the users conference, but first took the opportunity to update Mönch on this major Pentagon programme. JLTV is in low rate initial production, with Oshkosh having started delivering the vehicles to the US DoD in 2016. “We’re continuing to deliver vehicles for test. They are just getting into their test programme. They will have tests that will be ongoing for a little over a year,” Diersen added.

This testing regimen will culminate in a full rate production decision in about December 2018. Oshkosh is on contract to deliver 1,398 JLTVs among its US Army and Marine Corps (USMC) customers during the LRIP period. Part of the JLTV contract directs Oshkosh to fully integrate the vehicle. With respect to weapons systems, “What we’re trying to demonstrate is versatility and flexibility of our vehicles. We don’t make guns and we don’t make radios. We integrate them into the vehicles. What we’re showing is that flexibility to integrate different types of weapon systems and capabilities on our vehicles, so should our customer tell us what they want, we can quickly and rapidly integrate those systems on our vehicles. Let’s be clear, this is not a government event,” the industry executive concluded.

Scott Burk, the Washington, DC-based Business Development and Government Relations at Kongsberg, built the business case for embracing his company’s PROTECTOR M230LF CROWS (Common Remotely Operated Weapon Station), noting in one instance, many of the components used in this system have been reused from existing CROWS systems currently in the field. “This significantly reduces cost, but more significant, reduces cost to the taxpayer and the federal government. In many instances the system has previously been qualified and in some cases these are also owned by the federal government with the license agreement we have on the CROWS programme. So it made a lot of sense from an investment perspective to use this as much as possible.”

As noted earlier, the RWS solution for JLTV has not been definitised by the US Army customer. Discussions have included a co-axial capability of a smaller machine gun, anti-tank guided missile (ATGM) integration and even the long-range sensor system Long-Range Advance Scout Surveillance System (LRAS3) (Raytheon). “In all those cases, JAVELIN for ATGM, co-ax and LRAS integration – we’ve already done it. There’s already qualified software, qualified hardware in the Army system. We would be lifting capabilities from other systems that have already been qualified. It makes it very simple.”

A number of military and security forces around the globe are using manned guns without optics, thermal imaging devices and other enablers, mounted in the rear of commercial vehicles. These weapons platforms offer their operators limited lethality and accuracy during operation. In another effort to examine and expand the art of the possible in weapons platforms, Orbital ATK selected Pratt & Miller, to determine how to safely and robustly place an unmanned weapon system in the rear of a small truck and operate it.

New Hudson, Michigan-based Pratt & Miller specialises in advanced research and development, advanced engineering and developing advanced suspension systems for the defence sector and also has an extensive motor sports portfolio. Ray Errer, a Program and Engineering Manager at Pratt & Miller, recalled that about seven months ago his company started work on the project using a Toyota LC (Land Cruiser) 79 as the weapons platform because, “it’s a platform you see all over the world. It is very robust and they have been making them for 30 years – not much has changed in 30 years.”

Pratt & Miller’s envisioned outcomes efforts go beyond the LC 79, and are designed to make the weapons integration process universal in any small type vehicle – a Chevrolet pick-up truck, a robotic system or other. Pratt & Miller’s industry partners to develop a weapons integration kit have included Rod Hall Products (Reno, Nevada) and Fox Defense (El Cajon, California) for the suspension system. “We totally redid the suspension system, working with them to come up with a complete kit that includes everything from leaf springs to shocks to stay bars, all brand new, to optimize speed on terrain, new center of gravity with the gun and accuracy of the weapon system,” Errer added.

Additional enhancements to permit emplacement of a weapon in the rear of a common, small commercial truck include addition of an independent, 24-volt alternator system, a remote weapon control system command station inside the cab, a weapon mounting station that bolts to the frame of the truck (rear bed), and others. EOS has a heritage of providing RWS on vehicles in many nations, and is supplying its remote weapon station solution in this Orbital ATK project – but with a major difference. “When you are talking about the M230LF and the recoil off of it and adding it on to a platform of this size, this is the first time we’ve provided this much fire power on this type of platform,” Craig Burman, the Chief Technology Officer at EOS, pointed out.

Orbital ATK’s Small Caliber Systems Defense Systems Group will be supplying ammunition at the Wednesday event to support US Ordnance’s firing of its crew served weapons, medium machine guns and light machine guns. Dan Fassler, the senior vice president of the McCarran (Reno), Nevada-based company emphasised that all weapons are assembled from start to finish at his facility. He continued “We have our machining capabilities, our own chrome line to line our own barrels in the MK19 receiver, stress relief ovens and other capabilities. Our customers like to visit us because they know they are actually getting something from us because they can see it being made there.” 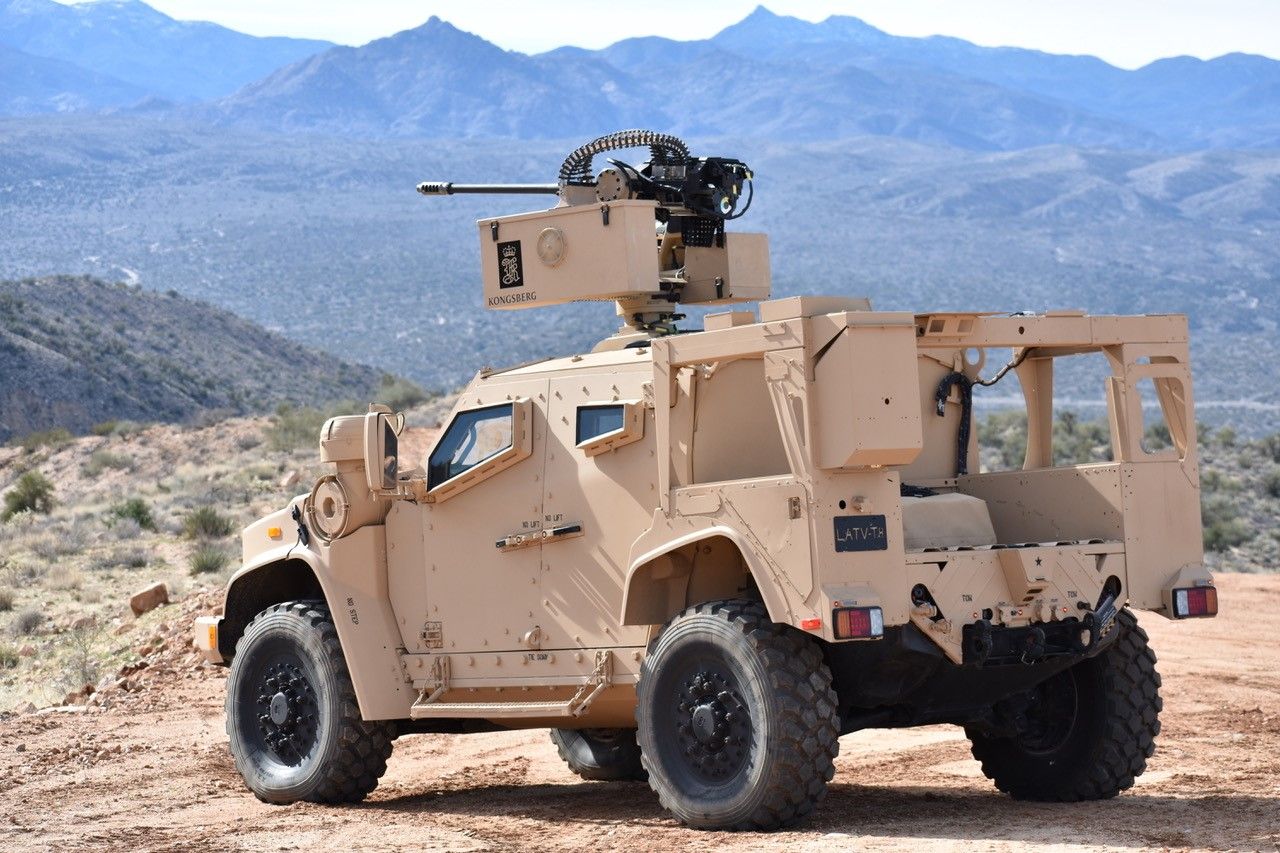 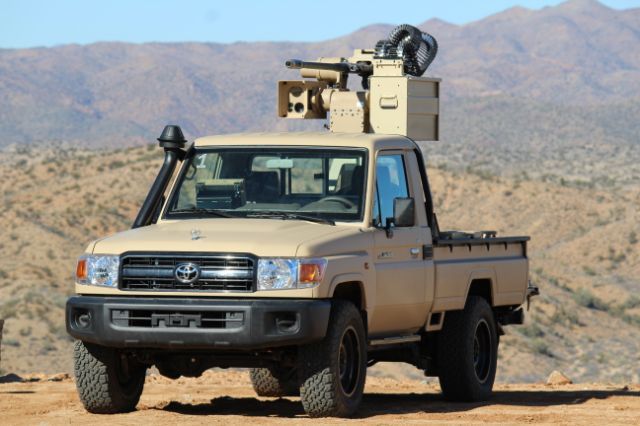