Day 3 of the users conference provided Mönch an opportunity to meet with additional Orbital ATK industry partners putting their weapons through their paces during live fire events. Additionally, Orbital ATK programme managers and other subject matter experts were available to discuss their products and systems.

Nobles Worldwide is incrementally and deliberately broadening its weapons portfolio. In one instance, the company’s flexible ammunition chutes have gained prominence, being fielded for fixed wing (“F”-series) and rotary aircraft, and sea- and land based systems. Nobles’ product menu reached an inflexion point in the mid-2000s when the US Special Forces community approached the company to provide an enhanced, crew served weapons mount purposely built for the M230LF cannon, the linked fed version of the AH-64 APACHE cannon.

The application was to be emplaced in the rear of commercial, light-weight pick-up trucks, mirroring “technicals” and similar weapons platforms in service in a number of services around the world. “We started to work with them and ATK, to solve the challenge: how do we manage the weight of a cannon that heavy to make it so we can lock it on target and easily manoeuver?” Will Wennberg, Vice President of Operations and Sales at Nobles, recalled.

Nobles eventually developed a solution with its patented Gun Mount Braking System (GMBS) specifically for the VIPER Gun System, bringing total control of the weapon to the gunner’s finger trips. Wennberg continued, “This works on azimuth and elevation with just disc brakes, similar to what a car uses. We’re able to manage the weight, using a ‘release’ through hydraulic fluid, permitting you to maneuver the mount, and allowing you to take your hands off the mount as the mount locks in on target.”

The technology migrated and scaled down from being used on heavier cannons to machine guns. Indeed, at the conference Nobles demonstrated this second iteration (having evolved from electronically actuated brakes) of the VIPER – with a M230 Link Fed Gun on VIPER VGS30 mount. “The real benefit of this mount is it is affordable and it gives you the type of lethality you can usually only get from an unmanned turret, or a remote turret, in a crew-certified package. You are maximising situational awareness with a gunner who can see what is going on,” Wennberg concluded.

Nobles’ internal research and development efforts have included recent work with the M3 and other weapons. Another product outcome, VIPER Air, is in production and will be delivered to an unspecified Middle East customer this spring.

Orbital ATK’s Small Caliber Systems division remains a juggernaut in this sector, producing about 90% of the small ammunition for the US military. This industry standing aside, innovation and product expansion are occurring at the division’s production facility (Lake City Army Ammunitions Plant, Independence, Missouri), where an approximate 1,600-member workforce manufactures small– and medium-calibre ammunition (20mm, .50cal, 5.56mm, 7.62mm, and .30cal blank). The company’s ammunition is delivered to end users in the military and commercial sectors, with boxes of the facility’s manufactured ammunition ubiquitous among weapon demonstration teams at this users conference. Innovation and technology thrusts are underway at Small Caliber Systems.

Whitney Watson, the Manager for Communications for the division, said his team is leading as well as responding to requirements from its US Army and other customers to manufacture lighter rounds. “We are working with polymers and steel cases to try to reduce weight. That is one major effort we are working on right now and will be for the next few quarters or year.”

Another effort, within the 7.62 ammunition family, is to reduce the range of training rounds while maintaining firing effectiveness. Watson continued, “The US Army wants this to use in size-restricted areas for their training exercises and events.” The Pentagon reflecting on its lessons learned from more than a dozen years of ground combat in Iraq and Afghanistan, in one instance wants to reduce the tracer footprint of weapons being fired to better conceal and keep from detection snipers and other shooters. This unmet requirement is yet another focal point of effort for Small Caliber Systems division.

Mönch had the opportunity to also attend Orbital ATK system and programme updates though the day.

The MK44 BUSHMASTER Chain Gun has been fielded in 20 countries and has been integrated on multiple land, naval and air platforms. While about 1,600 30/40mm Standard Mk44s are in service, the legacy system is evolving under the 30/40mm Programmable Airburst Munition (PABM) Mk44 STRETCH project. While PABM hardware will be fitted as standard in the new product, Orbital ATK is planning to have 82% parts commonality with the legacy Mk44 (linked variant). Series production of the Mk44 STRETCH has started with three production orders for unidentified customers are in place.

Also within this portfolio, Orbital ATK is defining the future of medium calibre performance with its SUPER 40mm Ammunition programme. The company has built a compelling business case for pursuing the migration from a 30mm Suite to the SUPER 40mm Suite with the new product offering: Increased lethality; the same space claim as 30x173mm; a quick changeover via conversion kit; and comparable pricing to 30 millimetres. An unspecified launch customer for 40x180mm ammunition is on contract with deliveries due in 2018. 40mm ammunition is on track for internal qualification by December of this year.

Within the 7.62mm Mk52 BUSHMASTER programme, BAE Systems is on contract to the US Navy to upgrade approx. 450 turret systems under the Mk38 MOD II Enhancement Program. A key part of this upgrade is the addition of the Orbital ATK 7.62 chain gun.

The LW30mm M230 BUSHMASTER Cannon System continues to evolve. The M230, installed on AH-64 APACHE and BLACKHAWK, and other air, land and seaborne weapons platforms is expected to have next generation LW30 (30mm x 113mm) programmable proximity ammunition qualified by 2018. LW30 programmable proximity cartridge is expected to solve another significant problem on the 2017-era battlefield: The legacy M789 is not optimized for engagement of troops in the open/defilade or against UAVs. The LW30 proximity mode is expected to improve lethality and versatility against UAS and troops in the open. The munition’s point destination mode is designed to defeat the light vehicle threat.

Orbital ATK is sharpening its focus on aftermarket services – offering support through a product’s total life cycle. Instances of support furnished and being emphasized by the Mesa, Arizona facility includes the Remanufacture programme, under which cannons are upgraded to the most current enhanced configuration while performing a complete inspection and overhaul to maximise the life cycle of a gun. 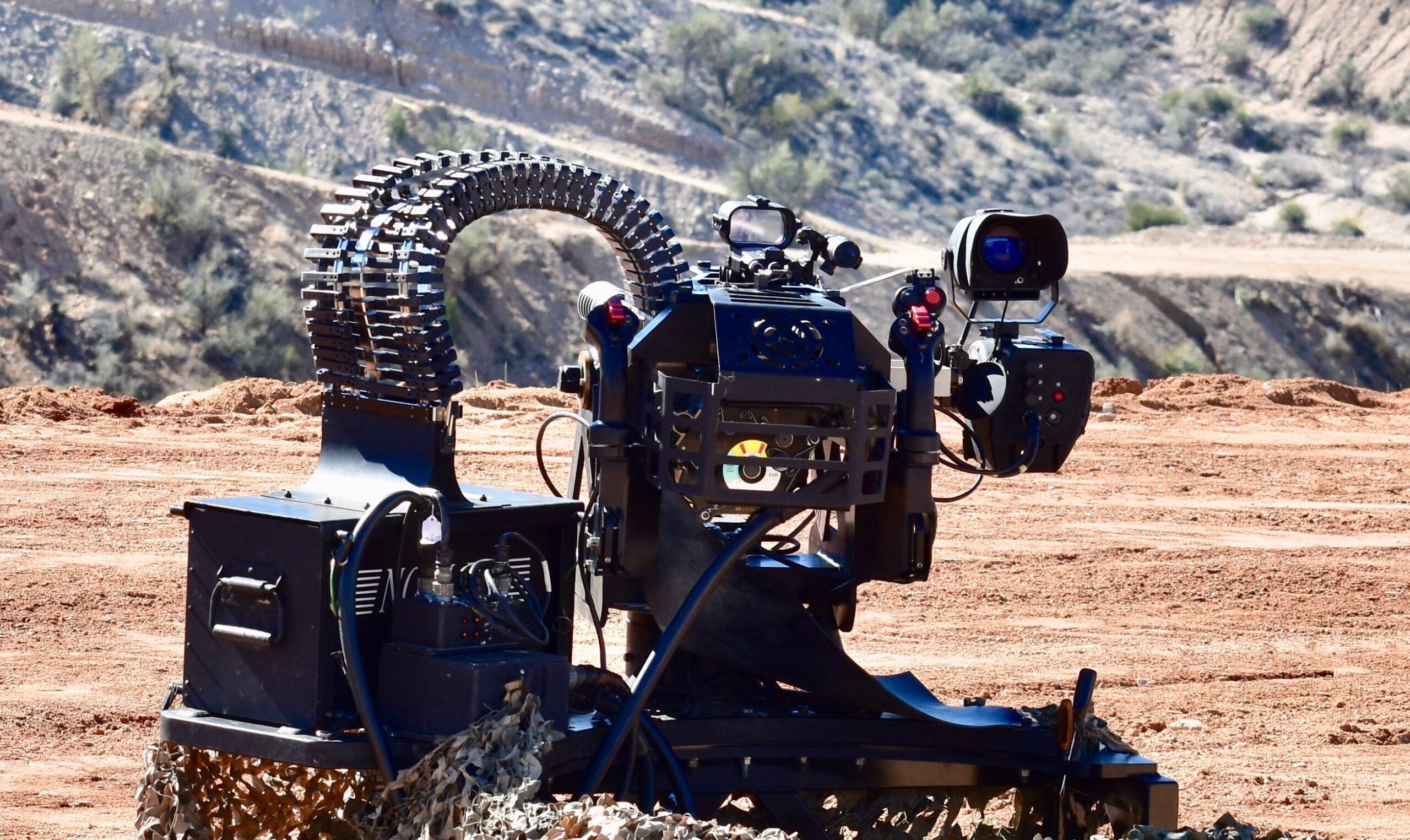