Range of Land-Based Capabilities Called For

The deadline for company registration is on 2 September with a down-select for recipients of the closed RFP to be decided on 7 October. The RFP itself is due to be released around November 2021, with contract award in mid-2022 and final delivery expected within 18 months.

The NZDF is open to contracting more than one supplier for this equipment, with an estimated contract value of NZ$6 million (€3.6 million).

According to the ROI, the systems must be “tailorable, scalable and able to support simultaneous deployments.” They will equip the NZ Army’s Light Electronic Warfare Teams (LEWT), which include an EW Command Post (EWCP), tactical Collection Elements (CEs) and Electronic Effects Teams (EETs).

The ROI explained that the CEs provide situational awareness and threat indications to the commanders, whilst EETs are used to direct electromagnetic energy to “deceive, degrade, neutralise or disrupt adversary capability.” The EWCP conducts C2 of both the CE and EET and provides a processing exploitation and dissemination (PED) function for the EW data collected.

The BMS must be able to manage operations, support a mixed fleet of EW systems, view and analyse data and be compatible with Joint Interface Control Document version 4.2.x (JICD4.2x). It must also be integrated with the NZDF’s Sitaware BMS from Systematic and the Mobile Tactical Command System (MTCS) family of radios from L-3Harris.

Using a variety of electronic sensors, the ESM must be able to detect, identify and process signals of interest for geo-location and targeting. It needs to be available in mounted and dismounted variants and use an JIDC4.2x open architecture to allow integration into the NZ Army’s Land Tactical Information Network and EW BMS.

EW capability in the NZ Army is currently limited or non-existent and this acquisition effort, undertaken with the ISREW project, part of the Network Enabled Army (NEA) programme, aims to replace existing capabilities and introduce new ones.

The EWCP and CE require a man-portable spectrum survey system for electronic reconnaissance of the operating environment, and to provide analysis and classification of waveforms. Meanwhile, the EA system will be used to direct electromagnetic energy to jam, degrade and disrupt or neutralise enemy electronic capabilities. 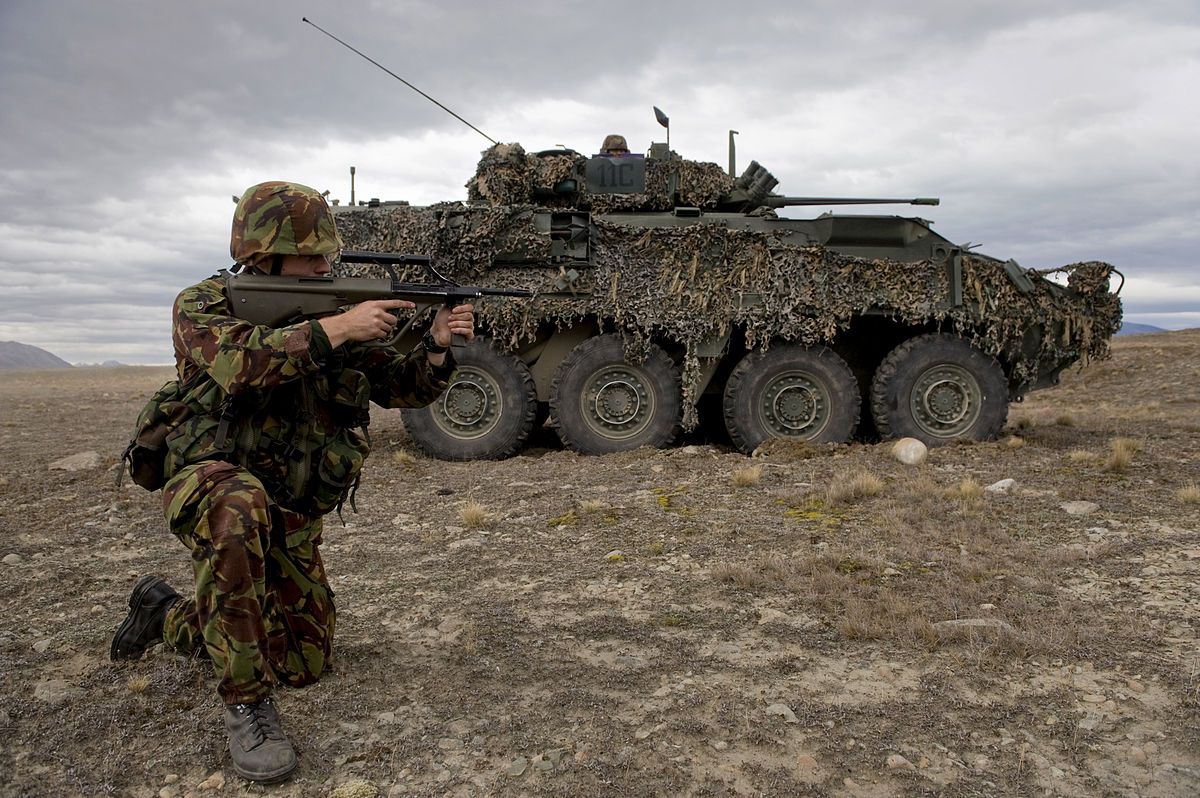