Further Installation and Testing Prior to Delivery Before Year-End

The aircraft will now move into the Installation and Checkout facility, where mission systems will be installed and additional testing will take place before final delivery to the Norwegian Defence Materiel Agency (NDMA) later this year.

To date, Boeing has delivered 136 P-8 aircraft to the US Navy, the Royal Australian Air Force, the Indian Navy and Britain’s Royal Air Force. Other nations that have selected the aircraft include Germany, Korea and New Zealand. 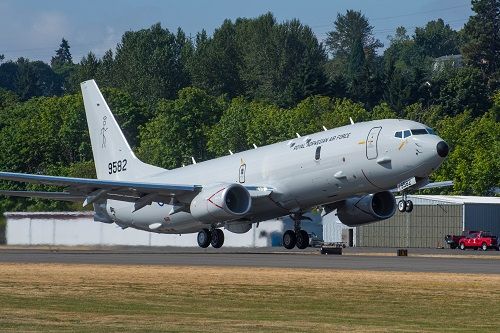 Norway’s first POSEIDON will be delivered before the end of 2021. (Photo: Boeing)