MONCh: ATK Orbital used to come to Kielce every year. What brought you to Poland?

M. Stuart: First off, we are no longer Orbital ATK. Orbital ATK was acquired by Northrop Grumman. The team previously known as Orbital ATK is now the Innovation Systems Sector for Northrop Grumman. As for the what brings me to Poland, there are a couple of reasons. First, to celebrate with my Polish aviation brothers and sisters 100th Anniversary of their Air Force! What an accomplishment and stellar history. The Northrop Grumman 100th Polish Air Force Year celebration events included the 21st Air Base Open Day in Swidwin (June 29-30), the Polish Air Force 100th Anniversary Official Celebration at the Polish Air Force Academy in Dęblin (August 23-24) and the Radom International Air Show 2018 (August 25-26). Apart from our current participation in the MSPO in Kielce, we will also attend the Open Day in Poznań-Krzesiny (September 29-30) where the 31st Air Base is located.

MONCh: Your company already has some interesting successes regarding cooperation with the Polish Armed Forces. Could you please elaborate more on your experience both in Poland and Central-Eastern Europe?

M. Stuart: Northrop Grumman is working with the Polish Armed Forces to deliver IBCS (Integrated Battle Command System) enabled integrated air and missile defense on the same time line as the US Army. The US and Polish governments signed the LOA in March of this year. In this area we are also talking to the Polish MoD about needs that our SHORAD and 360 degree G/ATOR radar (AN/TPS-80 Ground/Air Task Oriented Radar) can meet. Additionally, we are proud to partner with the Poland in fielding the Bushmaster Mk44 30 mm cannon on the Rosomak APC and on a range of ammunition solutions.

MONCh: What is your understanding of Polish needs and expectations?

M. Stuart: In the context of the Polish services, specific needs can be a very sensitive topic. I will say that the grater Northrop Grumman is well positioned to assist in their needs for the army, navy and air force. Our overall corporate ability to provide the most advanced capabilities in a variety of needs has only expanded and is accelerating options with the addition of their fourth sector, Innovation Systems. The four Northrop Grumman Sectors has the ability to coordinate and collaborate internally to address a wide variety of customer needs.

MONCh: What do you present during MSPO 2018?

Regarding the MK44 30x173mm BUSHMASTER Chain Gun, I want to underline that these guns are now integrated on more than 17,000 air, land and sea based platforms around the world. In Poland, our MK44 is integrated on to the KTO ROSOMAK infantry fighting vehicle (IFV) produced by Poland’s Armaments Group. The ROSOMAK unfitting, makes Poland the largest user / most extensive installed base of our MK44 Bushmaster Chain Gun worldwide. Currently, we are working with Poland’s MoD and Poland’s industry to unfit the next generation turret system for future fighting vehicle integration. When the Polish-developed turret is qualified, the MK44 will be integrated into that system.

The MK44 is also being integrated on to neighbouring Lithuania’s new infantry combat vehicle and this past spring the U.S. Army up fitted its 2nd Cavalry Regiment’s Stryker fleet with the XM813, a variant of the MK44 featuring a heavier barrel, dual recoil dampers and the ability to fire the company’s programmable air burst munition (MK310).
Poland also is the largest user of our after market services. Each year, we provide maintenance and user training as well as spare parts.

MONCh: You also present your precision guidance kit for artillery (PGK M1156). Could you please tell us more about this system and your cooperation with Poland in this regard?

M. Stuart: This system is currently in production for U.S. Army and Marine Corps. PGK transforms conventional 155mm artillery projectiles into near precision weapons simply by replacing standard fusing with the PGK which provides GPS based guidance and fuze function (Point Detonate, Delayed and a Height of Burst). The PGK has consistently shown 30m accuracy or better. We recently produced our 30,000th device and we are under contract to produce for at least two additional years. We have been demonstrating the PGK with several allied artillery systems and recently demonstrated the PGK with Poland’s Dezamat produced 155mm projectile showing great promise for integration success and should be able to adapt with minimal changes to the PGK.

MONCh: Part of your offer is the AARGM missile. Could you please present this system and tell our readers what makes you think the AARGM is the best solution for Poland?

M. Stuart: AARGM is the US Navy and Italian Air Force cooperative development program to significantly improve the AGM-88B/C missile also known as the High Speed Anti-Radiation Missile or HARM. HARM as designed to engage surface to air radar threats and was first introduced into the US Navy and AF inventories in the early/mid part of the 1980s. As time went on the threat continued to evolve requiring an improved capability to meet and defeat this evolving threat.

AARGM replaces the HARM seeker with a digital receiver, terminal Millimetre Wave (MMW) guidance active radar and a GPS capability to reduce collateral damage and engage time sensitive targets. AARGM is able to detect, locate, engage and destroy the current and future surface to air radar threats. For Poland, unfortunately these threats are very close and require AARGM to destroy the threats to insure their aircraft and air delivered weapons maintain their freedom of maneuver to engage other strategic and tactical targets. 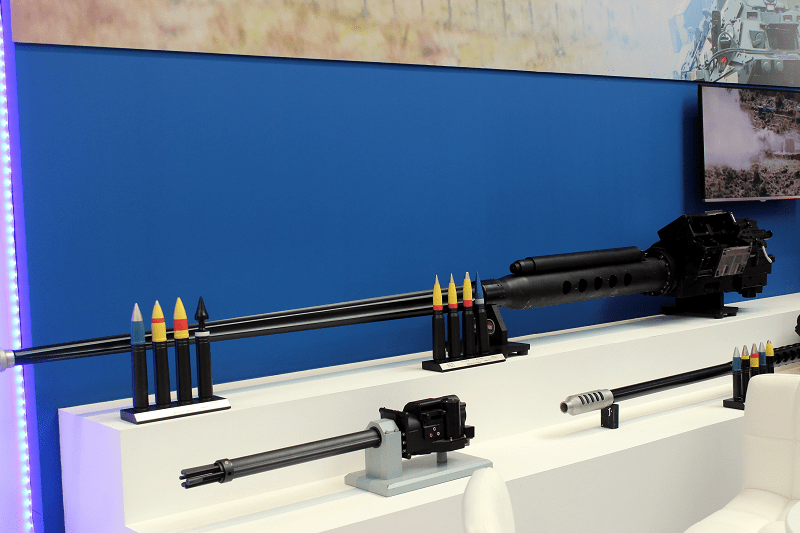