Northrop Grumman will carry out modernisation and maintenance of the E-6B Mercury aircraft fleet under a new contract awarded by the US Navy.

The firm says it will “establish a consolidated production line for core modifications required” at its aircraft maintenance and fabrication centre in Lake Charles, LA. The modifications envisioned include improvements to “command, control and communications functions,” the company stated, neglecting any further detail. It added that it “may also take on additional, smaller modifications and select depot maintenance tasks as required“.

The 16-strong fleet has been in service since 1989, and is based on the venerable Boeing 707 airframe. When introduced as the E-6A, the platform’s mission was to provide a communications hub between US command authorities and ballistic missile submarines. The aircraft were converted to the E-6B configuration between 1998 and 2006, and acquired the capability to remotely control Minuteman ICBMs. The fleet also took over the Looking Glass mission when the US Air Force retired its EC-135 fleet at the end of the last century. This mission is to provide a means of command and control to US nuclear forces in the event that ground bases and command centres are unable to communicate. 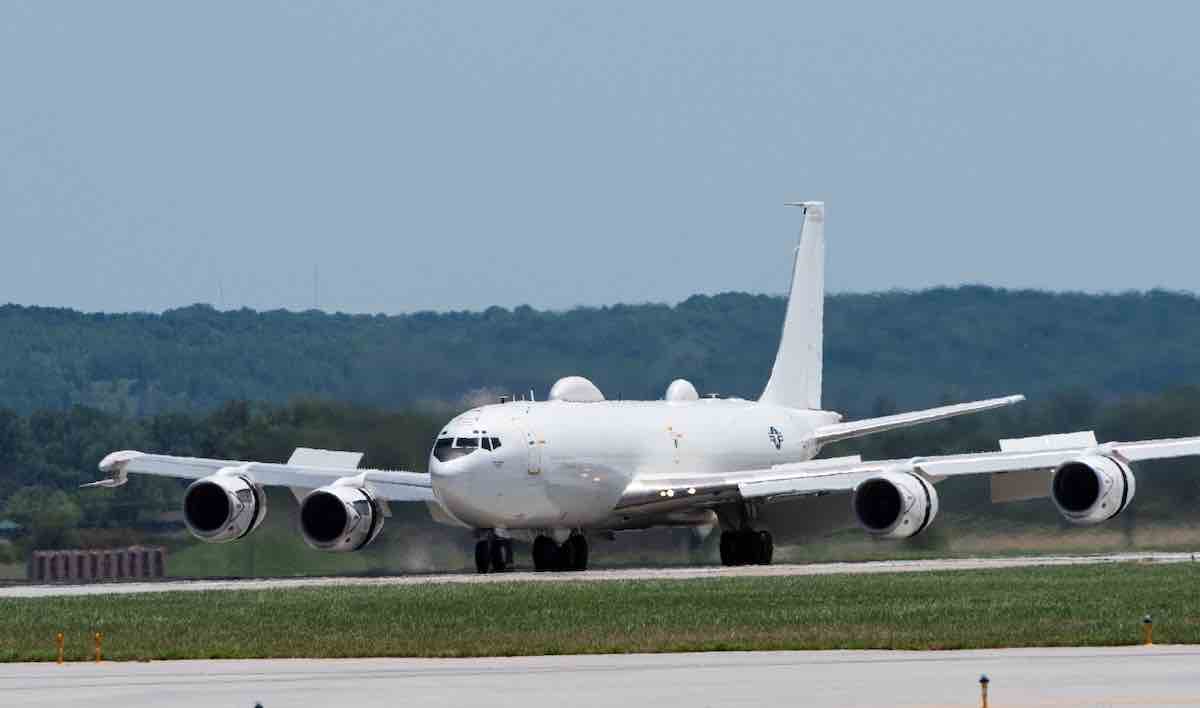 One of the US Navy's E-6Bs. (USAF Staff Sgt Jacob Skovo via Northrop Grumman)