Solution Based on MARTIN UAV V-BAT

The US Army is on trajectory to procure a new scout drone – the Future Tactical Unmanned Aircraft System (FTUAS) to replace the aging RQ-7B SHADOW. At AUSA 2021, MON received an update from Northrop Grumman, leading one of the competing teams.

Northrop Grumman has partnered with Martin UAV (a Shield AI company), for the FTUAS technology effort. Together, they will provide a transformational reconnaissance, surveillance, and target acquisition (RSTA) capability, based on Martin’s expeditionary V-BAT system.

Ken Todorov, VP/GM of the Defense Systems, Global Sustainment and Modernization Group at Northrop Grumman, confirmed the company is the prime integrator for this offering, “bringing all that a big company like Northrop Grumman can bring in terms of systems engineering and integration […] This is a very tactical battlefield observation platform.” Northrop Grumman’s role in the way forward includes developing the sensor package and integrating AI capabilities. “The algorithms will help do some predictive analysis of the battlespace, based on what we see from the sensors.” Asked for further details, he responded, “We’re in the midst of a competition. As FTUAS is not an Army program of record [so] I don’t want to get too much into this aspect. What we are bringing across is a sensor package that we think is very capable and exceeds the Army’s requirements. Ours is a very sophisticated sensor capability.”

While not a programme of record, the technology effort is in Increment 1, with down-selects expected later this year. “We are building these platforms today, flying and testing them. This is not at all a prototype. We’re very, very pleased with our progress,” Todorov concluded.

The Northrop Grumman-led industry team’s entry is reported to be able to be packaged up “relatively quickly” and transported inside a UH-60. It is also termed “soldier friendly” – able to be set up and launched in “a few minutes.” 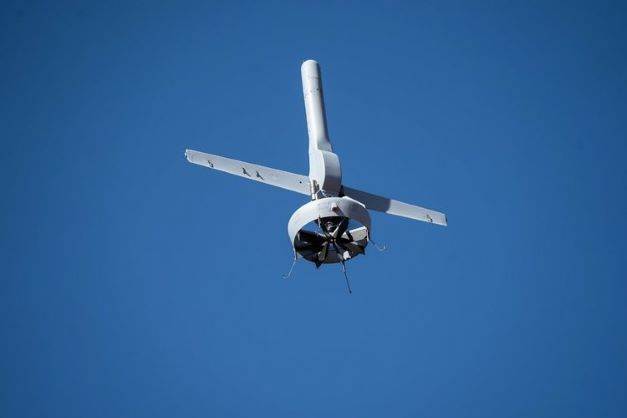