NASA has awarded Northrop Grumman a booster production and operations contract valued at up to $3.19 billion (€2.82 billion) to support the Space Launch System (SLS) rocket through 2031. The award includes follow-on production and flight sets for ARTEMIS IV through ARTEMIS VIII, as well as production of the Booster Obsolescence and Life Extension (BOLE) boosters for ARTEMIS IX.

ARTEMIS II booster production is complete and segments await transportation to Kennedy Space Center upon NASA’s request. All ten segments for ARTEMIS III have been cast with propellant, and ARTEMIS IV segments began casting in November. The first composite BOLE booster segment case to be used for development testing completed winding in October.

Northrop Grumman has been awarded multiple contracts to support the ARTEMIS program, including the abort motor and attitude control motor for the ORION spacecraft’s launch abort system, designed to ensure astronaut safety during launch and ascent, atop the SLS rocket. The company is also providing the Habitation and Logistics Outpost module for NASA’s Lunar Gateway, and was recently awarded a contract to develop lunar lander concepts under NASA’s NEXTStep-2 Appendix N contract. 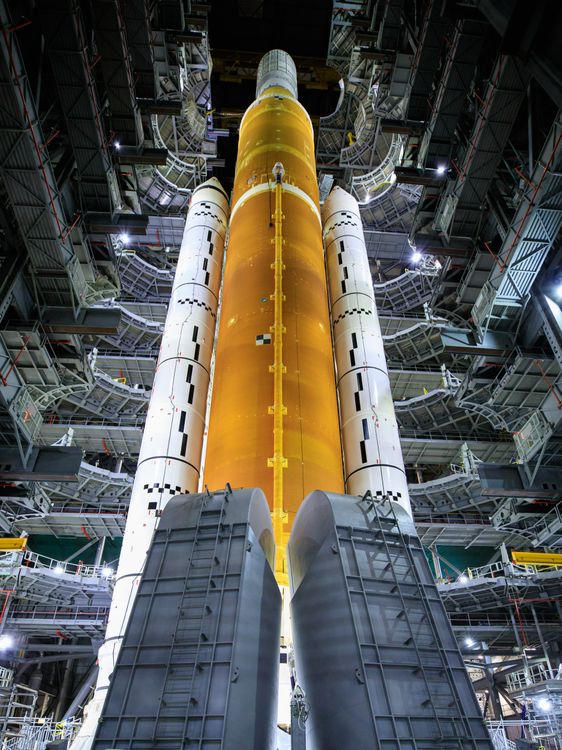