Continues to Test a Series of Strategic Capabilities

North Korea revealed on 31 January that the IRBM tested the previous day was a Hwasong-12, marking the first test launch of this nuclear-capable missile since September 2017 and raising concerns that Pyongyang might suspend a self-imposed moratorium on long-range missile and nuclear tests.

The IRBM, launched from Mupyong-ri at 07.52 local, flew for 30min, travelling 800km and reaching an altitude of 2,000km before falling in the East Sea  outside Japan’s EEZ, according to Japanese and South Korean authorities.

Pyongyang’s Korean Central News Agency (KCNA) reported the launch confirmed the “accuracy, security, and effectiveness of the operation of the Hwasong 12-type weapon system under production”. It also noted that the IRBM was launched at a steep angle “in consideration of the security of neighbouring countries”.

Images released by the state-run media outlet show the missile being launched from a six-axle transporter-erector-launcher (TEL). Moreover, it shows images taken in space from a camera that the KCNA said was installed in the missile’s warhead.

According to the US Defense Intelligence Agency (DIA), the road-mobile Hwasong-12 IRBM system, which is operated by the Korean People’s Army’s Strategic Force, was designed to range the US territory of Guam in the Western Pacific, and appears to be a replacement for the Musudan IRBM.

Pyongyang has conducted multiple flight tests of the Hwasong-12, including those carried out in August and September 2017 over northern Japan, ultimately reaching a range of approximately 3,700 km: its longest-range direct trajectory ballistic missile flight tests to date. The liquid-fuel-propelled IRBM is believed to have a maximum range of 4,500 kilometres.

Pyongyang seems to have confidence in the technology behind the Hwasong-12, given that the rocket booster used for the country’s recently tested Hwasong-8 “hypersonic missile” as well as that for a new ballistic missile equipped with a manoeuvrable re-entry vehicle (MaRV) appear to be based on that used for the IRBM.

North Korea’s latest missile test was its seventh in January, the most launched by the Northeast Asian country in a single month since Kim Jong-un came to power in April 2012. Pyongyang’s actions, which include the testing of newly developed missiles, have not only heightened regional tensions but also prompted strong criticism and condemnation by several countries, including the United States, Japan, and South Korea, all of which reiterated that ballistic missile launches violate UN Security Council resolutions.

Despite UN-imposed sanctions, Pyongyang is not only developing a wide array of offensive weapons – particularly those capable of evading an adversary’s missile defences – but also appears keen on repeatedly testing its missile arsenal, to demonstrate its capabilities and military readiness. 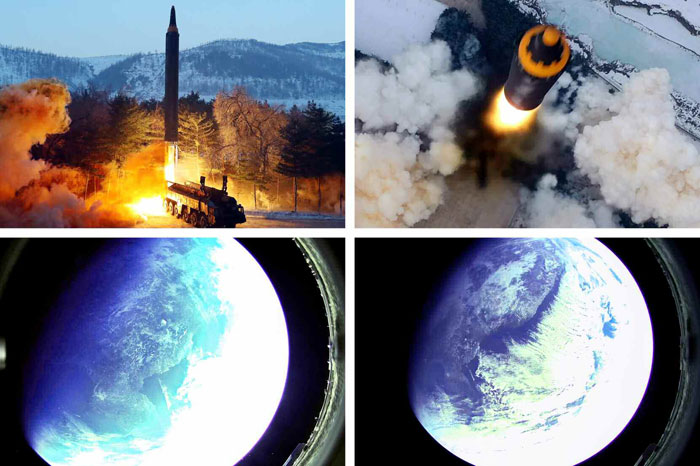