Pyongyang’s state-run Korean Central News Agency reported the following day that the launches, which were carried out by North Korea’s Academy of Defence Science, were aimed at verifying the “accuracy, security and efficiency” of the “tactical guided missile system [which hit] an island target in the East Sea of Korea,” while indicating the tactical missile system is in production and in service.

First tested in August 2019, the tracked KN-24 SRBM system carries two missiles, similar in appearance to some of those used by the US Army Tactical Missile System (ATACMS). North Korea has tested the missiles to a maximum range of 410km, with an altitude ceiling of 50 kilometres.

The authors of a July 2020 US Congressional Research Service report described the KN-24 “as a tactical system with a mobile launcher, solid propellant, and a relatively large payload,” adding it demonstrates “the guidance system and in-flight manoeuvrability to achieve precision strikes”.

They also quoted outside experts as assessing that Pyongyang may ultimately intend the KN-24 to serve as a “dual-capable system,” a reference to the weapon’s capability to carry nuclear or conventional payloads.

Meanwhile, data provided by South Korea’s Joint Chiefs of Staff on the 17 January launches indicates that North Korea has managed to further shorten the intervals between missile firings for the KN-24 system: from a 16min interval on 10 August 2019 to a 15min interval on 16 August 2019, then 5min on 21 March 2020 and 4min on 17 January.

The latest developments come just three days after Pyongyang tested two KN-23-based SRBMs, using a railway-based launch system unveiled in September 2021. State-owned media said at the time that the firing drill was designed to test the “proficiency [and] check the alert posture [of the railway-borne missile regiment” in North Pyongan Province. 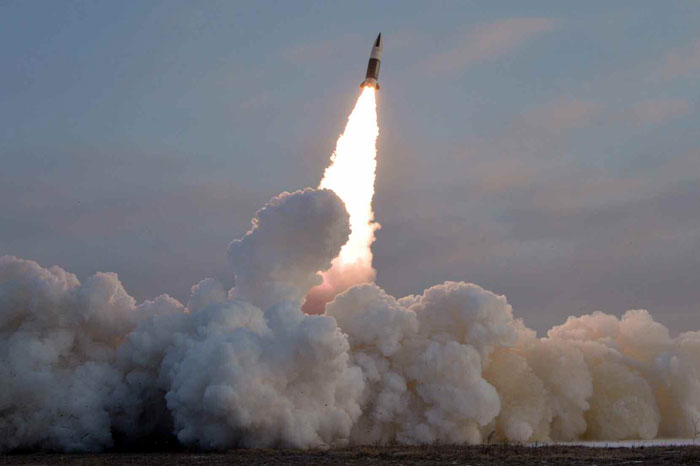