NIOA has unveiled plans to build a new A$50 million (€31.6 million) facility to produce small arms and weapons for the Australian Defence Force (ADF) as well as export markets.

“If we are successful in securing Tranche 2 of the Land 159 [Lethality Systems] programme, we will locate this facility in Australia to establish a sustainable small arms manufacturing capability in support of the ADF, while looking at export markets,’’ stated CEO Robert Nioa, pointing out that sites in New South Wales, Queensland and Victoria have all been touted as potential locations for the new plant, which would start operations in 2024, creating up to 150 jobs.

Munitions and small arms research, design, development and production have been identified as one of Australian government’s top 10 Sovereign Industrial Capability Priorities (SICP).

Against this backdrop, the Australian DoD’s Land 159 project, which is being carried out in three tranches over the next decade, is aimed at equipping ADF personnel with ‘next-generation’ weapon systems, surveillance and target acquisition ancillaries, ammunition, training and support systems. The aim is to provide ADF ground combatants with a capability advantage over potential adversaries beyond 2030.

In mid-2020, NIOA secured an initial contract as the prime contractor for the first tranche (running from FY2022/23 to 2024/25) that encompasses testing and evaluating the latest sniper system and close combat weapons – fighting knife, pistols, shotgun, and the assault breaching system.

According to DoD, the second tranche (FY2024/25 to 2026/27) includes the ‘close combatant assault rifle,’ machineguns, direct fire support weapons and grenades, while the third tranche – due for government consideration in FY2026/27 – is geared towards enhanced munitions and emergent weapon systems.

NIOA is the largest Australian-owned supplier of firearms, weapons, and munitions to the ADF. 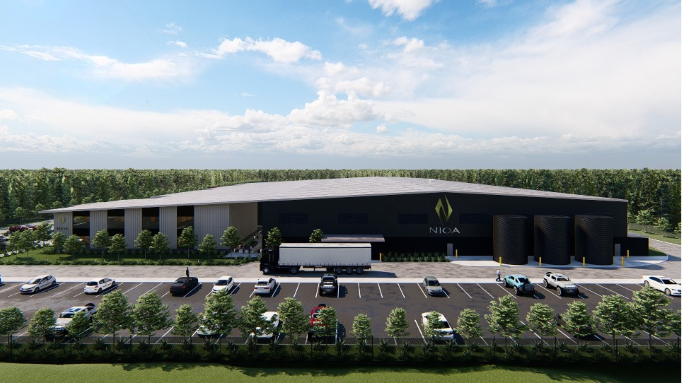 An artist’s impression of the weapons manufacturing facility NIOA plans to build within two years, if it secures the second tranche of the Land 159 project. (Image: NIOA)