The Peruvian Army, seeking to increase operational capacity, has taken delivery of a batch of Aurum Security A200 4×4 armoured vehicles, to be used in the so-called VRAEM region to increase capability against guerrilla and narco-trafficking activities.

The governing contract, valued at in excess of $2 million, dates from September 2019, subsequent to which a batch of ten vehicles was noted at the supplier’s facilities. The Aurum Security A200 uses a Toyota LAND CRUISER 200 commercial truck chassis, with an improved suspension and brakes, and provides protection against 7.62x51mm calibre hard-core bullets, while being light enough to move over rough terrain.

To certify the vehicle, the German company used the services of iABG for implementing an independent test protocol in which the vehicle was subjected to six explosive detonations and 550 bullet strikes at potentially vulnerable points. During testing, dummies were placed inside the A200 to assess the potential effects of an armed attack on the crew. Upon passing the tests, the vehicle received the VR10 certificate. 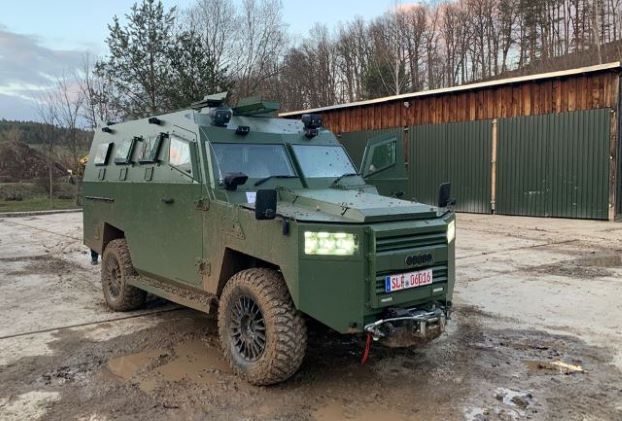 An Aurum A200 for the Peruvian Army. (Photo: Aurum Security)
