The Dutch procurement agency, DMO, has placed an order for illumination and smoke/obscurant artillery munitions from Rheinmetall’s 155mm artillery range, calling for delivery in 2023, the company announced on 21 October.

Forming part of a multi-year ammunition framework contract between the Dutch armed forces and Rheinmetall, the new call-off order encompasses the supply of 155mm illumination rounds (M1808 Base Bleed and M1809 Boat Tail) and smoke rounds (RH1901 Base Bleed und RH1902 Boat Tail), complementing the HE shells already fielded by the Dutch military.

Rheinmetall’s entire ammunition family is tested and qualified under the most extreme conditions to ensure it continues to deliver safety, reliability, consistency and enhanced range. In recent months, the 155mm illumination IR and smoke/obscurant shells have been successfully qualified. The 155mm ASSEGAI IR illumination shells allow artillery batteries to illuminate the battlefield, enhancing  the capabilities of night observation devices: when fired from the 155mm L52 howitzer with modular propelling charges already in service, the illumination and smoke/obscurant projectiles attain a range of 40km, while use of a special ‘top charge’ increases the range by a further 15%.

This latest order underscores the Group’s role as a complete systems house for artillery solutions, able to supply weapons and ammunition alike. An international project team from Rheinmetall Denel Munition and Rheinmetall Waffe Munition proved this once again during a live fire demonstration several weeks ago at the Alkantpan proving ground in South Africa. Dutch officials were able to witness online the successful qualification and 40km range certification from their offices in the Netherlands.

Besides the smoke/obscurant and infrared illumination shells, Rheinmetall also presented its new RH141 projectile at Alkantpan. Newly engineered, this insensitive HE round is designed to be fired from the L60 howitzer currently under development. 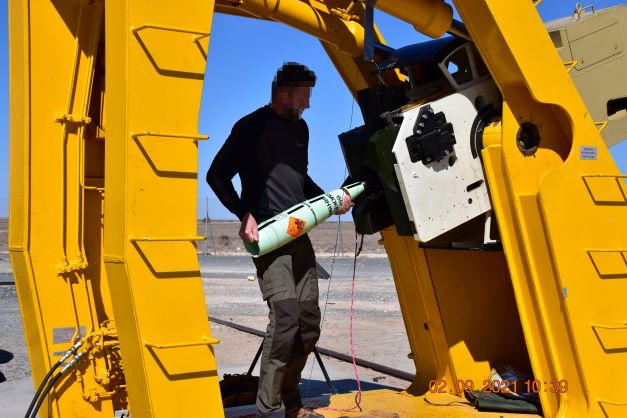