The consortium consists of Fincantieri, Naval Group and Navantia. Navaris is a 50/50 joint venture established in 2019 between Fincantieri and Naval Group. The companies jointly state that “the clear objective of the proposal is to maximise synergies and collaboration among European industrials.” The programme, when it delivers a vessel, would be the first common European naval capability to be developed.

The EPC is intended to provide a successor to ships operated by the Italian, Spanish and French navies in various roles; the Hellenic Navy is also expected to join the project’s user base, while Portugal and Croatia have observer status on the programme. The vessels will be manufactured in at least three different versions – one optimised for anti-surface and anti-aircraft operations, which will meet Italy’s requirement; one for anti-surface warfare with oceanic range, patterned on French requirements; and one optimised for offshore patrol missions, which should meet Spain’s proposed missionsets.

“Based on a unified frame of standards and using collaborative advanced engineering methodologies, EPC will be developed in the best cooperative way from conceptual studies up to the initial design,” the joint statement says. “The produced design will constitute a breakthrough from current warships, as it will be modular, flexible, as well as more energy-efficient, greener, safer, more interoperable, and cyber-secure. [The vessels] will finally be characterized to address specific national requirements, keeping the defined design as the common reference.” 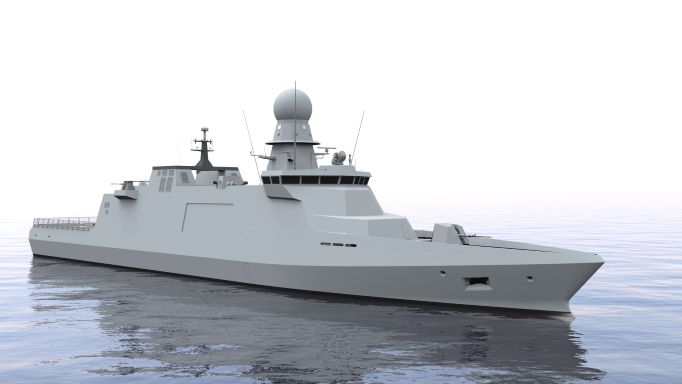 Definitive design details have yet to be made publicly available, but some images were made available to Mönch earlier this year for Caterina Tani’s coverage of the programme in MilTech 3/2021. (Image: Mönch archive via Caterina Tani)