Russia would pay a “high price” for aggression against Ukraine, NATO Secretary-General Jens Stoltenberg warned at the 30 November’s ministerial in Riga. To help the country, he said, members of the Alliance are ready to provide political and practical support, including “military capabilities” and sanctions.

While speaking, NATO’s political leader looked tense and serious. After all, the Russian build-up near the Ukrainian border involves some 100,000 troops, in addition to tanks, short-range ballistic missiles and artillery. An impressive concentration of forces – that the NATO political leader defined as “significant and unusual” as well as “unjustified and unexplained“. The situation, he said, is fluid: “there is no certainty about Russia’s intentions“.

It is difficult to understand whether Moscow’s move is just a big bluff – like it was in last April’s troop build-up, aimed at raising tensions among NATO countries in the Black Sea region and opposing any potential further ‘slippage’ of Kyiv towards the west – or, rather, a true harbinger of invasion. Indeed, it would not be the first time for Moscow to use force either, as it did – Stoltenberg recalled – against Georgia, Ukraine and Moldova.  “We have to look into the possibility that Russia wants to use once again force“, Stoltenberg warned, urging allies to be prepared for such a scenario.

In this regard, the SecGen spoke about economic and financial measures, practical support, training, capacity-building, military capabilities and equipment. Obviously, since Ukraine is not a NATO member, neither Article 5 nor a formal military option are viable. The question, now, is whether these measures could really be effective against an adversary like Moscow.

The other question is what is likely to happen next. On Tuesday, Putin declared that his “red line” is NATO expanding military infrastructure on Ukrainian territory. But this doesn’t really make his intentions clear, as other factors might have an impact. Meanwhile, the world is busy with the new Omicron COVID variant, the US presidency appears precarious and mainly focused on China (even though Blinken expressed concern about the Ukrainian situation) and Germany is currently grappling with a delicate political transition.

Furthermore, in loco there are additional worrying elements, such as a deteriorated political climate, the Ukrainian President’s allegations regarding a plot to overthrow his government, and joint military drills with Russia on Ukraine’s border announced by Belarus.

Belarus itself is causing major headaches for the EU, due to the migrant crisis at the Polish border, which Stoltenberg defined as “cynical and inhumane” and for which the Alliance is trying to find a concerted solution with the EU – which further exacerbates the situation.

With all this in place, it has to be seen how ‘the game’ evolves – hoping that, in this case, it will not be the favourite Russian one – chess. 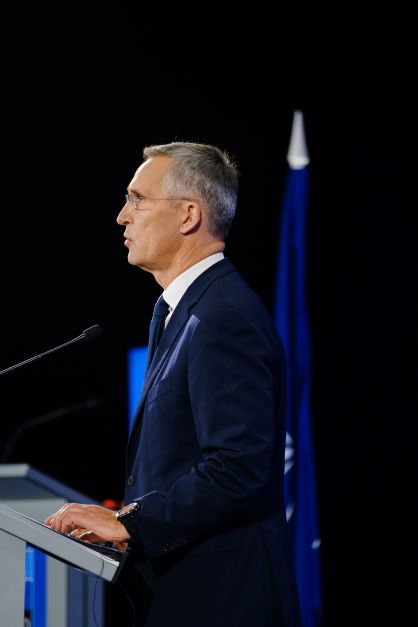